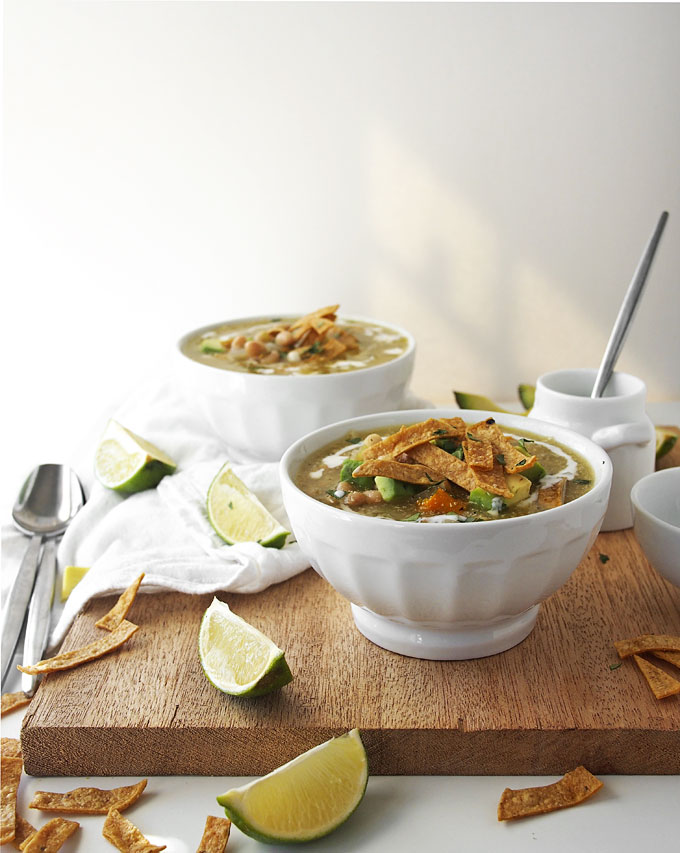 Does anyone else feel like no matter how much you sweep, you immediately need to sweep again? I swear I swept my apartment at least 4 times yesterday... and it's not like I'm flinging dough and particulates all over the dang place — but it accumulates so quickly! I am by no means a neat freak, but I have actually vacuumed my place TWICE in one day. WHERE ARE YOU COMING FROM, DUST!? Wowza. 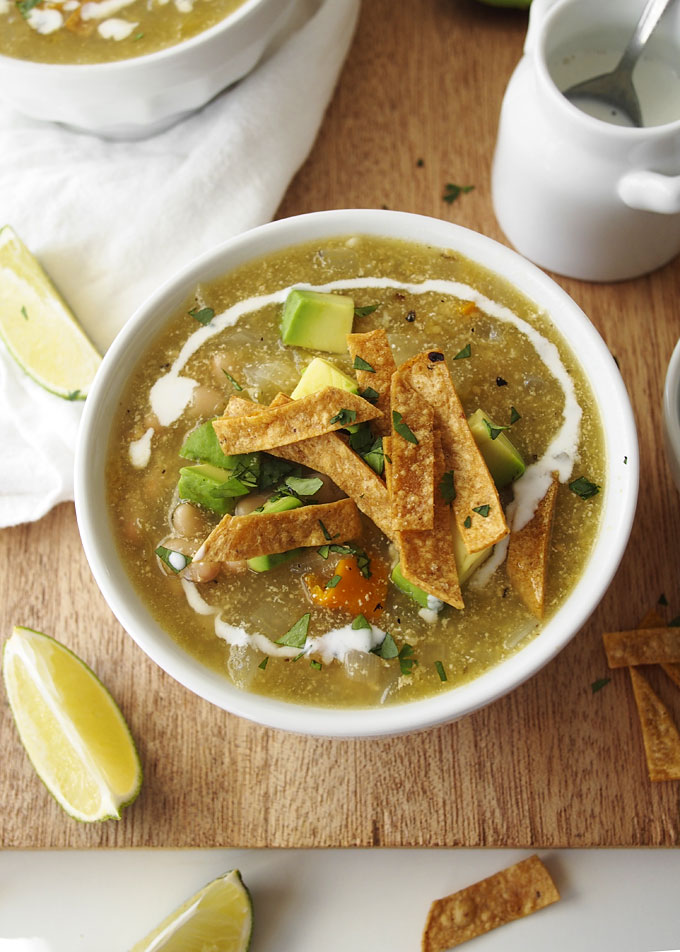 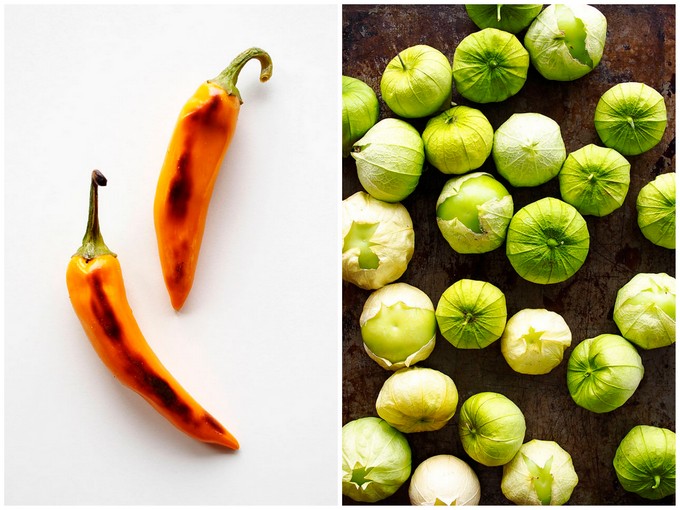 But then, I also recognize that I'm often slinging flour around for basically no reason (it feels good? I need some for a picture?) and carrying spoons full of spicy spicy soup across my kitchen (which is all of 8 feet) again, for a picture. Yeah. I guess I can see how it might get kinda messy in here, and require multiple daily cleanings. Anyone want to come be my personal sweeper? Mopper? Soup-spill-wiper-upper? Anyone? Anyone? K we'll keep working on it. 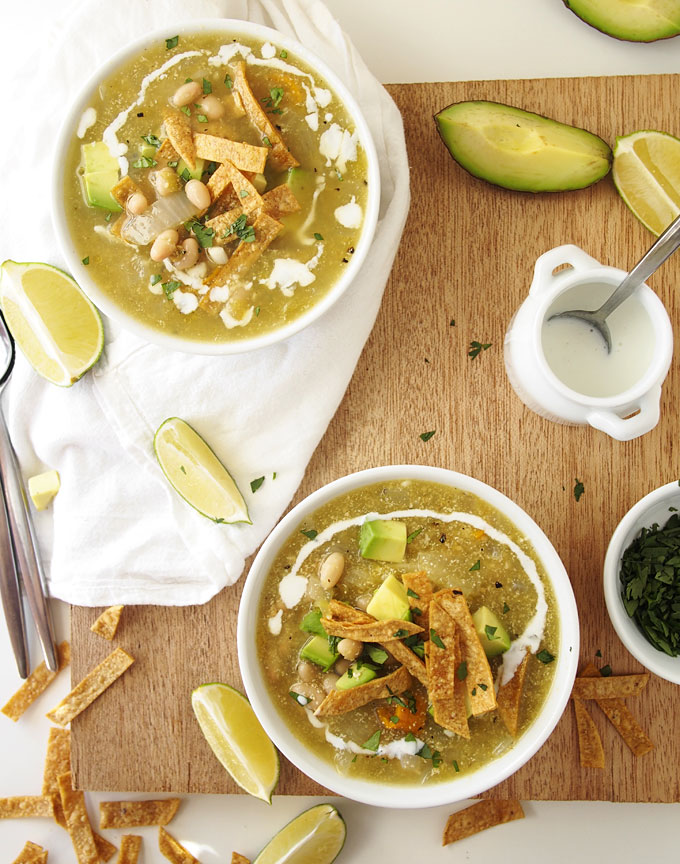 This soup is spicy as heck. At least, the one I made. I've put notes in the recipe so it won't be as mouth-searingly hot for you. I used two VERY spicy chili's from my mom's garden (I forget the type... but MAN ARE THEY HOT), and ended out mixing in a TON of plain yogurt to counteract the spice. But that's basically a different soup — and one to which I also added corn. I completely forgot that I wanted to put corn in this one ... so I photographed it and ate some and realized I had corn alllll ready to go. So, that's for another time! Or maybe use your imagination. Imagine delicious sweet yellow corn kernels floating in this tomatillo lake! It's delicious, I swear! 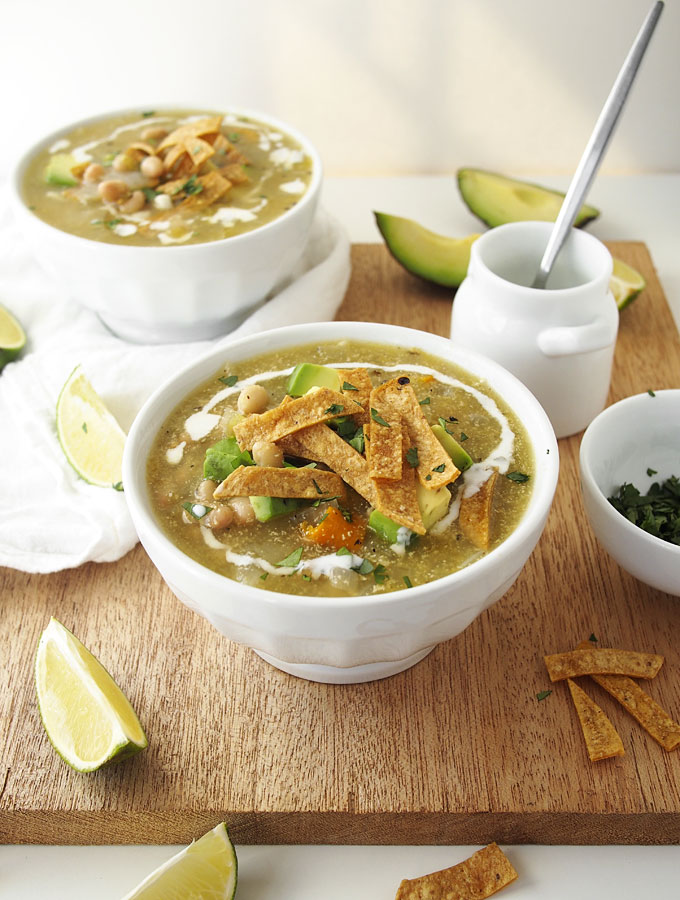 Here's the basic gist of the recipe: get some tomatillos. Peel them, wash them, slice them in half. Broil them, along with some peppers (or not!). If you want to be super efficient (and I would recommend this, although I didn't actually DO it in this recipe), throw the onions and garlic in there too. Puree it all once it's charred and squishy! If you want to do exactly what I did, just broil/puree the tomatillos and peppers. Then, heat up your soup pot! Add garlic/onion, then some broth, the puree, then beans. Get your toppings (plain yogurt, avocado, crispy tortilla strips) ready to go, and EAT UP! It's actually a ridiculously quick recipe, altogether. Final step: say goodbye to summer... because it is GONE! We're gonna get reaaaal basic with some pumpkin spice up in here soon!

If you don't want the onion chunks in the soup, broil them (and the garlic!) along with the tomatillos, and blend them all together. Then, you just need to heat everything up together in the soup pot!