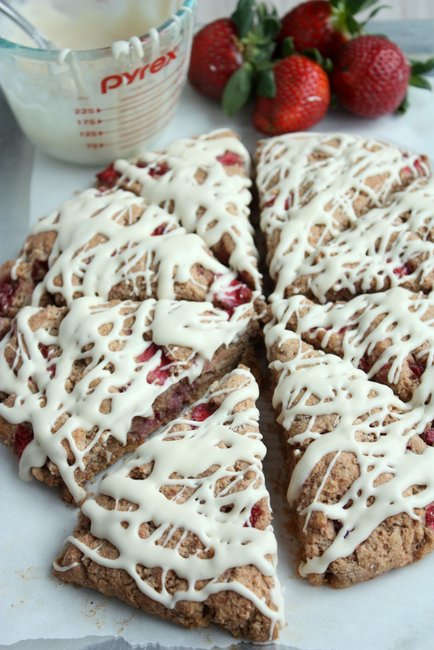 I have really eclectic musical taste. I love anything from country to classical, bluegrass to techno, alternative to classic rock — and almost everything in between (admittedly, reggae usually drives me crazy). My most embarrassing love, though, is pop. Good ol' girly pop. Boy bands, girl bands, teen pop stars: I love them. 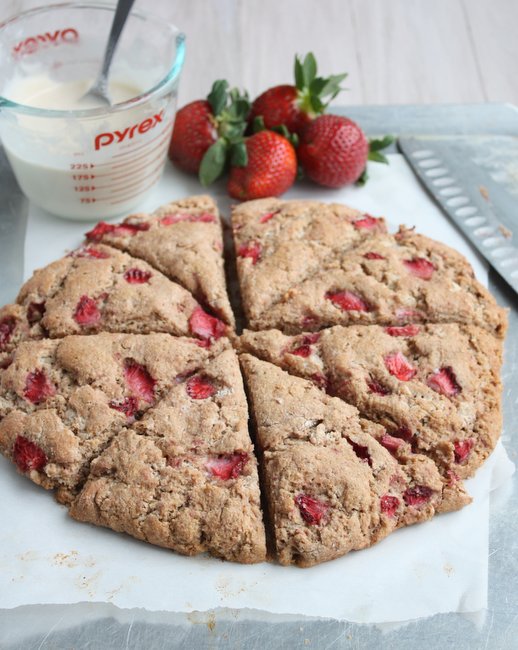 I generally only put Pandora on the "Today's Hits" station when Derek isn't home, because there are plenty of other stations we both like, but recently I have really been craving some pop music! This song in particular is so damn catchy! Really, the amount of dancing I've been doing in the kitchen for the last few days is somewhere between awe-inspiring and appalling. But my moves, which are really ready to go on tour as a backup dancer, keep making appearances between chopping/stirring/blending/mixing. I can't stop! I secretly think this song is super catchy because it sounds remarkably like Britney's "(You Drive Me) Crazy" — yeah, we're on a first name basis. 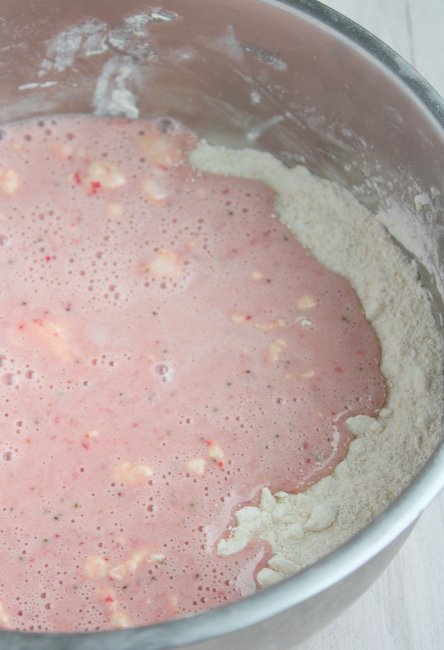 So back in reality (wait, what?). SCONES! I've been having a serious scone craving lately, and had some strawberries lying around, so it was obvious what I had to make. The whole wheat thing was a last minute decision, which I'm glad I did! You could do regular flour, if you want, but if you use whole wheat you can eat four of them without anyone batting an eyelash. At least, I won't bat an eyelash. I probably wouldn't even if you were to eat four cheesecakes though, so I may not be the best person to look to for judgement. 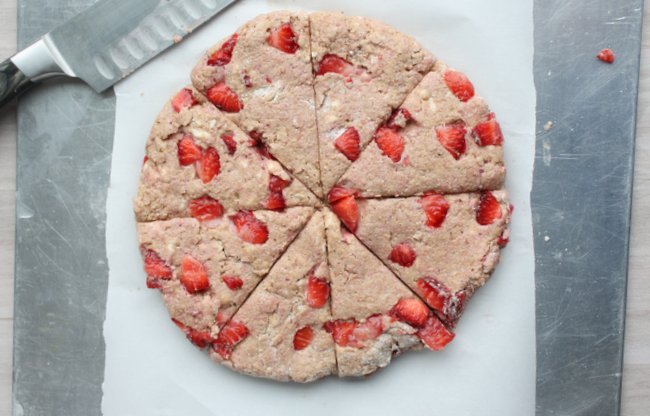 I also thought these would be cute for Valentine's breakfast! You could even cut them into hearts, if you were really ambitious! 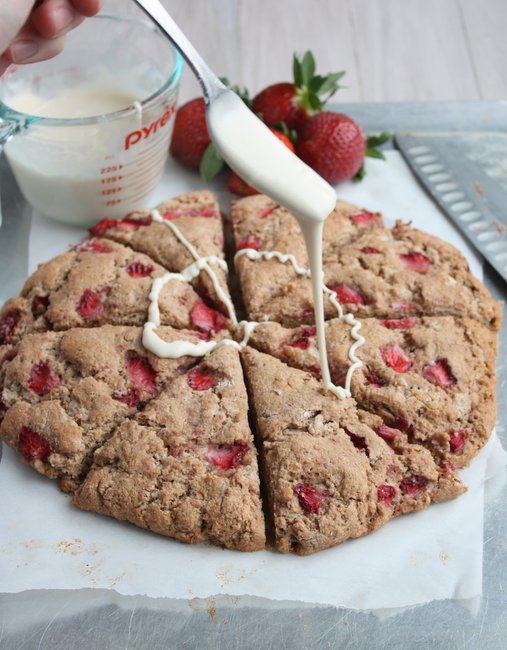