Notice: Function add_theme_support( 'html5' ) was called incorrectly. You need to pass an array of types. Please see Debugging in WordPress for more information. (This message was added in version 3.6.1.) in /var/www/wp-includes/functions.php on line 5831 Apple Cardamom Crumble Galette Recipe 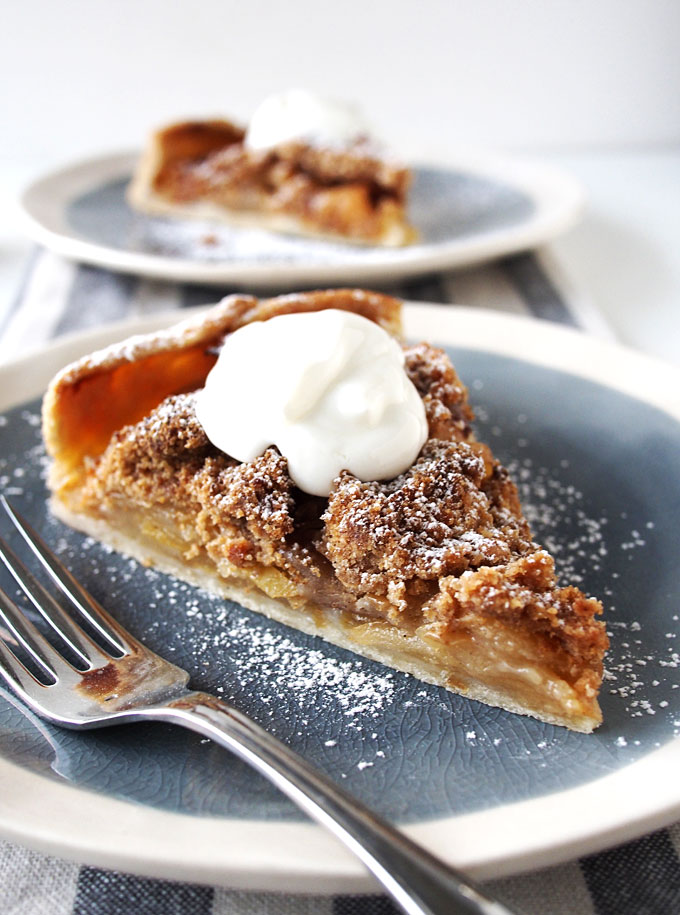 Anyone else? If you’re my neighbor, you’re altogether WAY too familiar with this song since I’ve been belting it out at 100% volume for the last three days straight. It’s a minor issue. I can’t stop! I don’t even particularly care for the song/identify with the sentiments, but I LOVE BELTING IT OUT. Oh man. I keep waiting for someone to come knock on my door and demand I stop (at which point I will pretend I am NOT home. And then die.) This is the #1 reason I miss having a car — cars are basically sound boxes meant for blasting music and singing at full volume WITHOUT ANYONE HEARING YOU! (I realize that many times they actually can hear you, but … then you drive away. So it’s alright. #commitmentissues #jk #seriouslyJK) 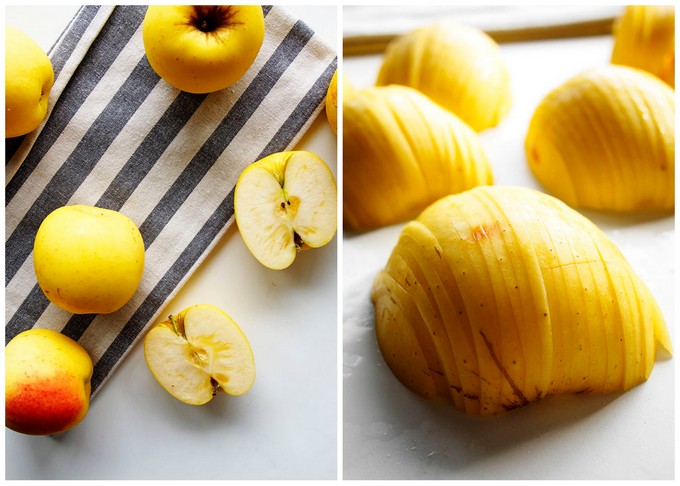 The other issue with this song is that, as I’m singing it, I made the mistake (loose term there) of snapping a damn good lip-synch to a million friends… which means they’re sending ME hilarious lip-synchs of THEM singing Adele. IT IS ACTUALLY AMAZING! And clearly a great use of my time. That and watching Brooklyn Nine-Nine and developing a weird crush on Andy Samberg. Let’s not talk about that right now… 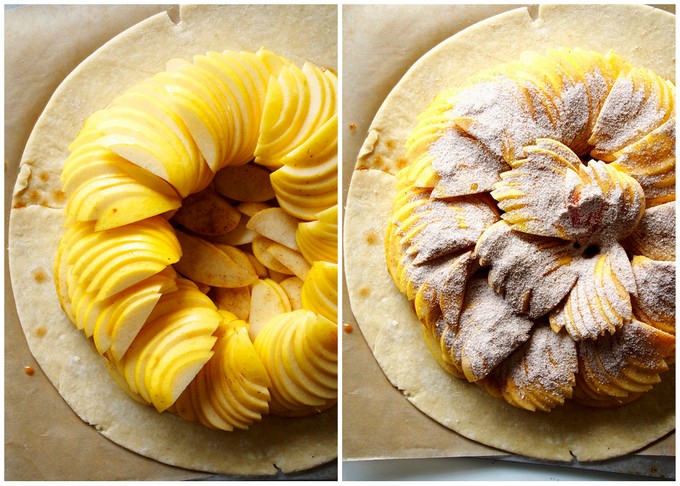 It’s also come to my attention that I basically use this blog as a platform to admit all of the super embarrassing things I do. At first I was like “Haha I DO NOT!” and them immediately realized “OMG YES I DO!” That must be my bonding technique: hoping y’all are a bunch of weirdo freaks like me — and basically I’ve concluded that YOU ARE! AND I LOVE YOU FOR IT! Thanks for putting up with me. I realize I’m a total weirdo, so … thanks for staying. LOVE YA! 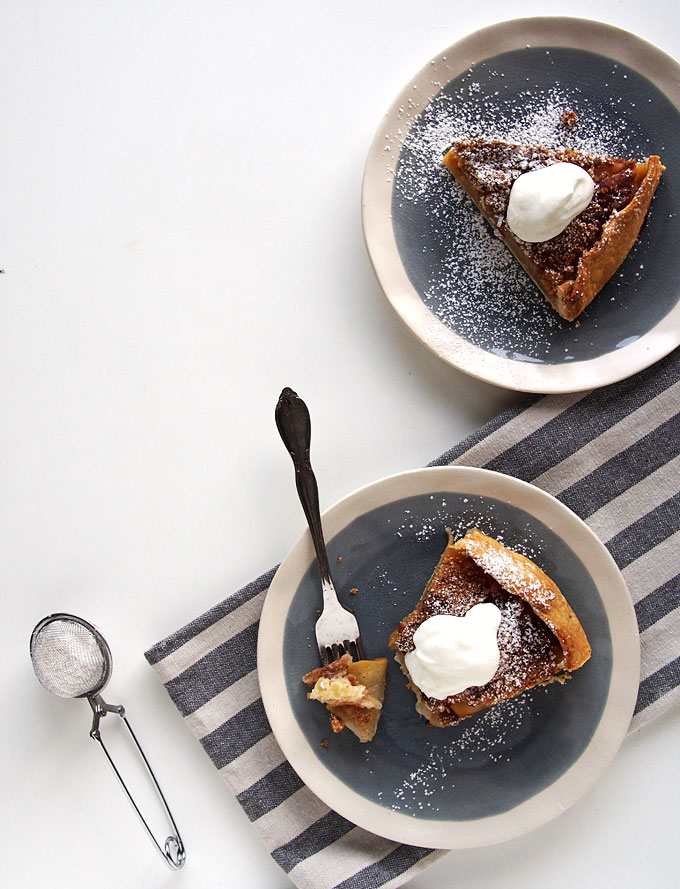 Maybe we should talk about apple crumble galettes before I admit anything else embarrassing. Yeah? Yeah. THIS ISH WAS TASTY! I went to an apple extravaganza (my words, not theirs) at the Portland Nursery a few weeks ago and came home with a bunch of fancy apples (for $0.99 per pound! for ANY fancy apple! and we got to sample like 50 kinds of apples!). I wasn’t sure what to do with them, so naturally I let them sit in the fridge for a week. Oopsies. Also, are apples supposed to be stored in the fridge? I’m actually not sure. I do it, but I could be wrong. 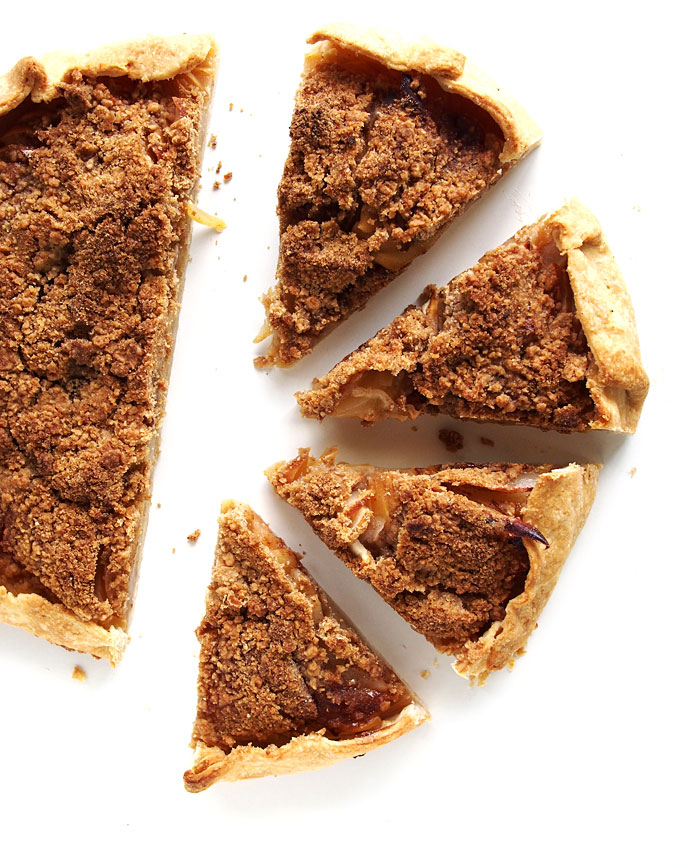 Anywho. Finally I was like “LET’S BAKE, MARY!” but then had crippling indecision in the pie vs. galette vs. crisp vs. crumble department. Then, stroke of genius, I decided TO COMBINE THEM. I mean, a galette is basically already a step away from pie and towards the crisp/crumble sitch. THEN I made some streusel and put it on top. BOOM. DONE. YOU’VE BEEN STREUSELED. Good lord I’m obnoxious today — I’m really sorry. Too much Jake Peralta. 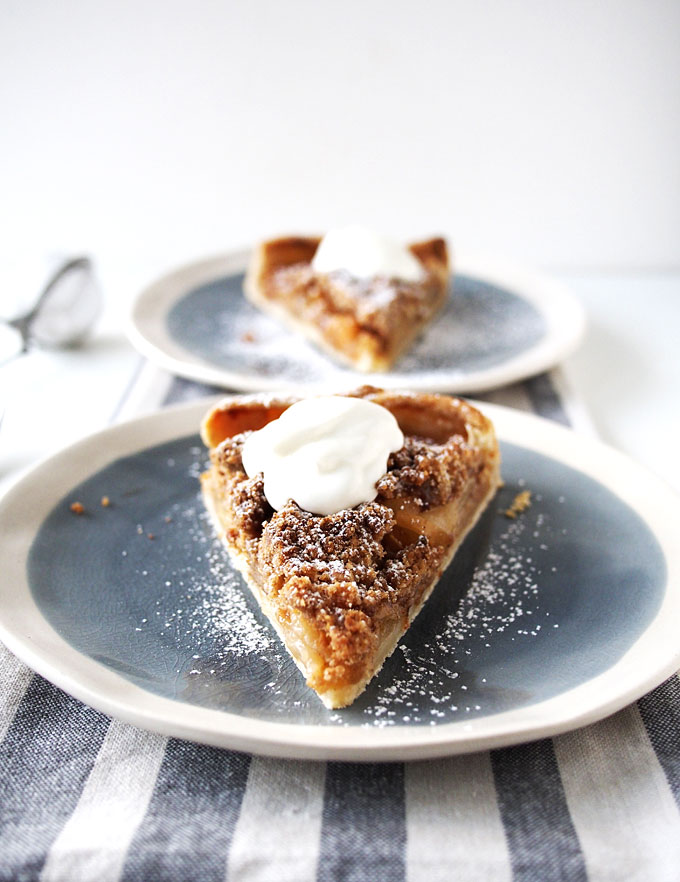 All in all, this is ridiculously easy to throw together. No messing with a perfect pie crust — just slap it down. You don’t need to worry about making pretty apples (although that WAS fun) since they’re gonna get DROWNED IN STREUSEL. Or streuseled, as we established above. Pop that sucker in the oven, get your patience on, and then you’ll have a crumbley-galettey-appley treat. Insert dancing twins emoji (also the best halloween costume in the world, fyi). 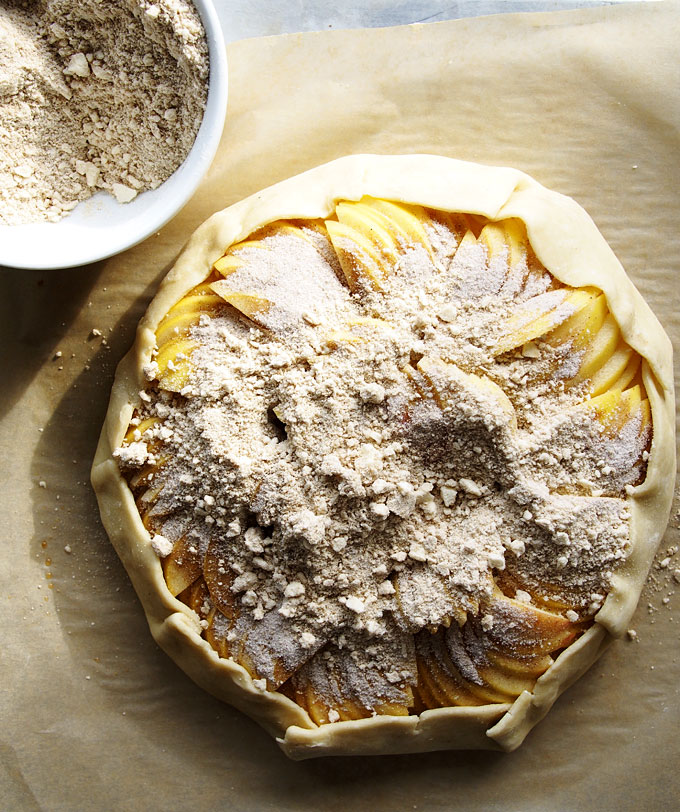 Have a wonderful weekend, and hopefully a happy halloween! Don’t eat too much candy. But if you do, make yourself a smoothie and a veggie bowl on Sunday — trust me. xoxo