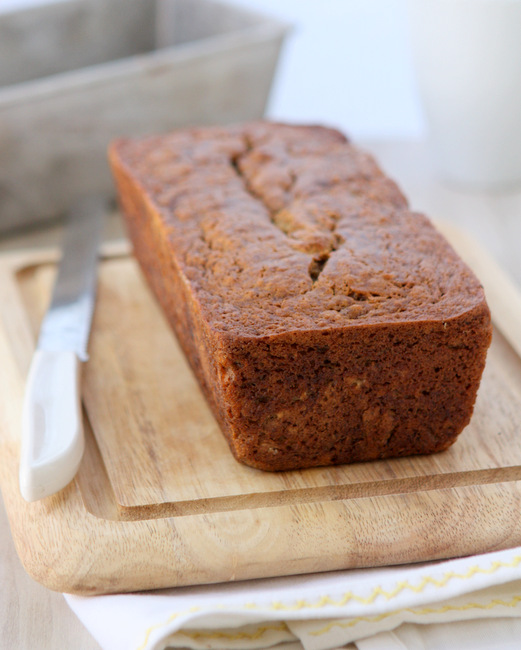 Last week I told you how I was slowly organizing my life — at least digitally. Well. Now we're moving into the physical realm: magazines. I don't even know how I started receiving magazines, but somehow I did! A few of them I like to read, Runners World (don't judge!), Food & Wine, the occasional women's fitness magazzine. Others? I have NO idea how they end up in my mailbox. Example: Parents. Parents magazine? Do you know who I am? 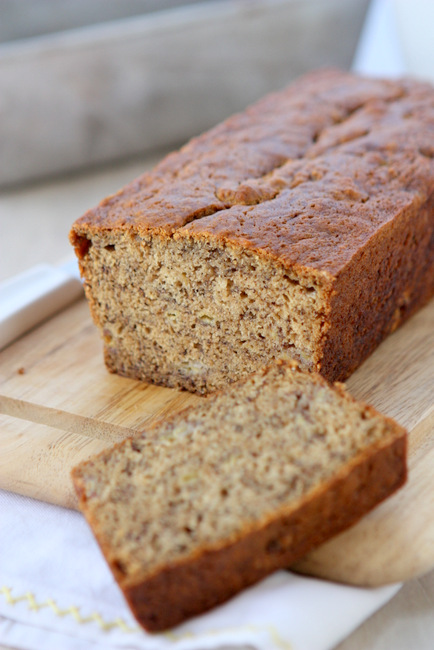 I figured it must be a mistake, but it's clearly addressed to me and has followed me through our last move. Hmm. I can assure you no babies are on the horizon (at least not the near horizon), so flipping through Parents magazine isn't high on my to-do list. Also on this list: Entertainment magazine. I could care less about whatever they write about, but yet it still shows up in our mailbox every month (at least! I swear it's more often than that!). Perhaps this week I'll finally cancel ALL of my magazine subscriptions, because really, I can read it all on the internet, and I probably waste too much time reading magazines I don't actually care about. I'll keep the ones with the recipes... 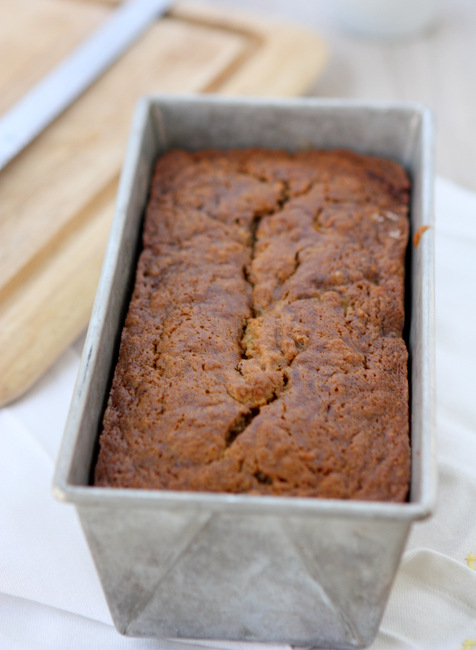 Anyways. Onto the good stuff.

Of all the recipes friends and family ask for ("Do you have a ____ recipe on your blog?") I think banana bread is top of the list. I DO have a blueberry banana bread recipe, from back in the day, but I figured I should put up a good old fashioned banana bread recipe for those people who ask. Then I discovered Deb's recipe, tweaked it a bit, threw in some cardamom, and called it a day. I'm sticking by it as my go-to from now on! Cardamom in banana bread? DELICIOUS! Really. Try it. Asap. 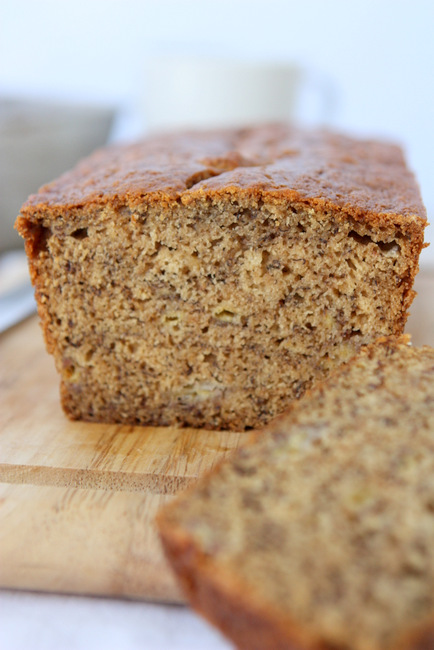 Of course you could always throw in some chocolate chips... which I had to resist SO HARD. I have a bag of mini chocolate chips that need to be used, and they were begging to take a swim in this batter. I held out! Really though, you could take that plunge. Or some pecans — or walnuts! Ohhh yes. Streusel on top wouldn't hurt it either — can you see how things get out of hand? Let's be grateful I stopped at the cardamom and didn't create some crazy over the top banana bread. Except now that's totally on my list. I have a freezer full of overripe bananas BEGGING TO BE STREUSELIZED! Look out! 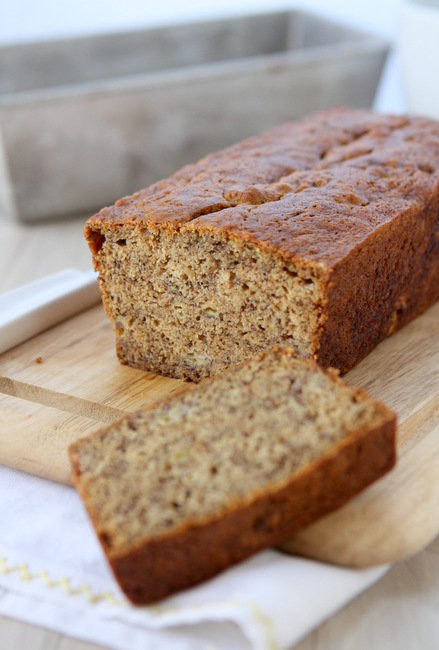