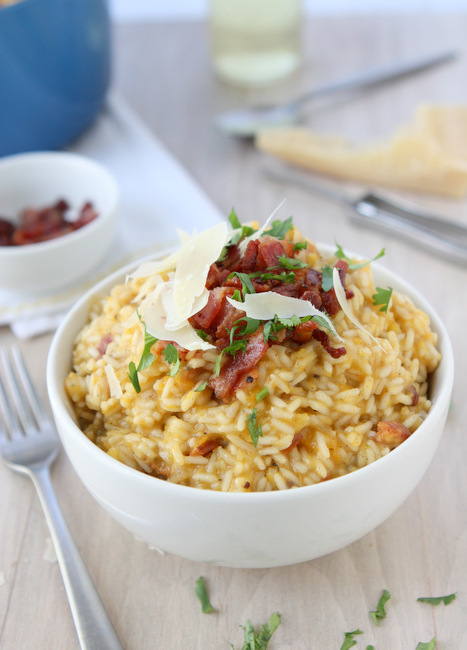 If I were in charge of picking the food celebrity of fall, this dish would win. At least, thus far. Next week we might create a new A-lister. 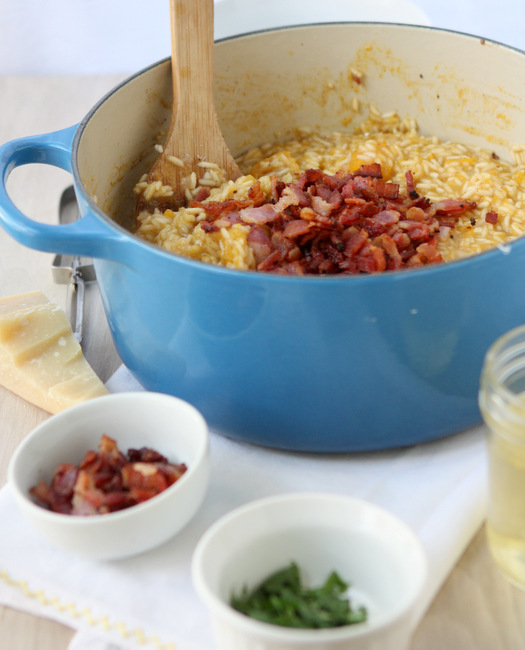 Really though, this risotto is awesome. This was my first time really making risotto — with the whole constantly stirring thing. I made beet and goat cheese risotto a while back, but it was fake. Really easy (and delicious!). This butternut squash risotto starts in white wine, then you gradually add a mixture of apple cider (!!) and chicken stock. Stir, stir, stir! 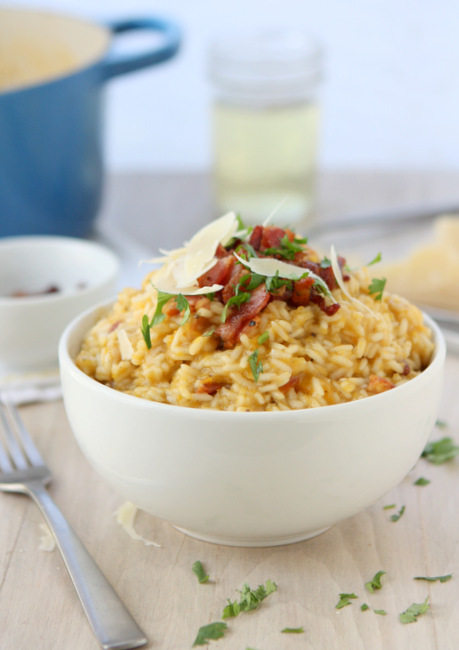 I made the mistake of making this dish immediately following a two hour HARD yoga class completely focused on shoulder strength: I was TIRED and my shoulders were complaining. Me + upper body strength = a joke, but we’re getting there! A few more risottos and I’ll have muscles even the Rock would be jealous of. Ha! 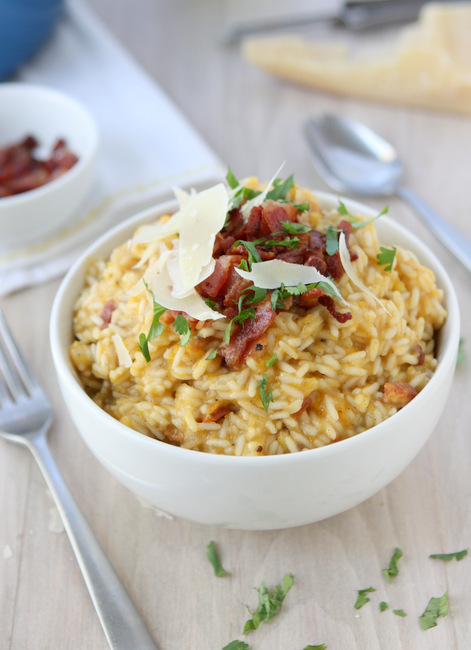 This is not to scare you away from making risotto (too late to change course for this post?) — it’s well worth it. The apple cider is BRILLIANT — and I can’t claim credit. I used Shanna’s recipe as my base and inspiration. Doesn’t she take beautiful pictures? I love it! 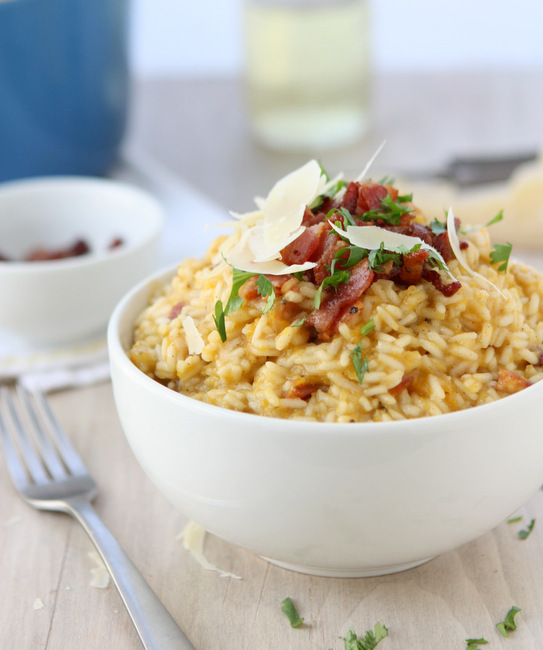 We’re certainly moving into the season of warm, stick-to-your-bones meals — this is one of them! We’ve transitioned to having steel-cut oats each morning, and to me this risotto is like the dinner equivalent. Awesome texture, soft and hearty, full of flavor, and WARM. Salads are out the door in my book for the time being — I want warm meals at every point in the day! That’s what cold weather does, apparently!