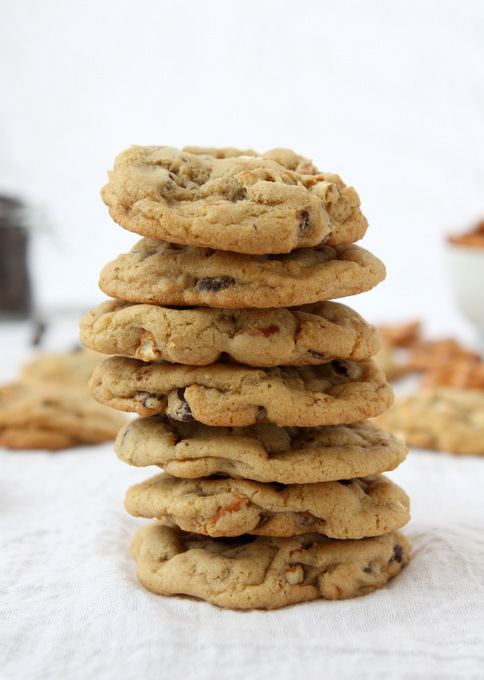 As I mentioned yesterday, we’ve been pretty MIA for the last week and a half. I’m actually pretty surprised that this is the first time in our four months of travel that we’ve really gone off the grid for any lengthy amount of time! In Vietnam I had a data plan so even if we didn’t have internet, we had my phone. Once my phone bit the dust in Laos, we became much more dependent on WIFI — which is pretty abundant, but not everywhere. Last week we went to a yoga and meditation retreat where, even if my phone had been working, we consciously decided to unplug completely. Five days of total disconnectedness? Umm it was really hard. And acknowledging that made me feel incredibly uncomfortable at first. 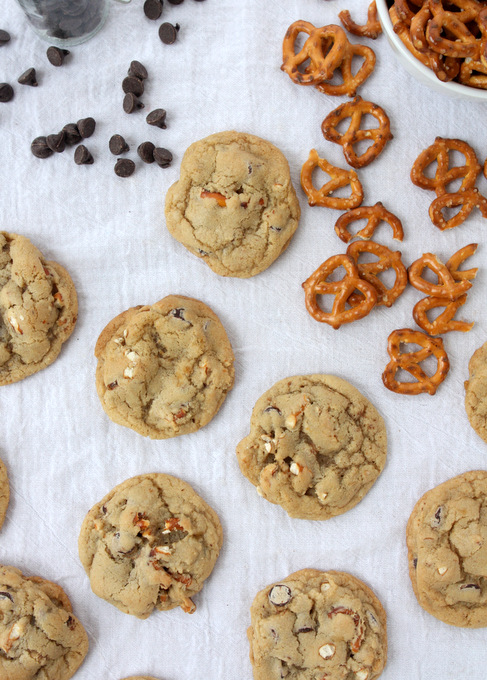 A bit about the yoga retreat: we heard about this place, Hariharalaya, from another couple we met in Vietnam. They had great things to say about the programs, teachers who did their Yoga training India, etc. so we decided to check it out! I’ve been wanting to do something like this for a while, but usually yoga retreats cost an arm and a leg. Hariharalaya is totally affordable! We were sold! We did a five-day course, the shortest of their offerings, and I would have gladly stayed longer. Our group was 26 people, with a mix of ages, yoga-experience, and nationalities. All in all, the group was really fun! We had some great conversations and made some surprisingly strong bonds — it was totally reminiscent of summer camp {which Derek LOVED about it!}.

We slept in a very basic stilted bungalow. It had plank floors with gaps open to the ground below, a thatched roof, and a mattress with mosquito netting. We didn’t wear shoes for the entire duration of our stay (WHICH WAS AMAZING!), so would walk on the dirt paths between our bungalow and the yoga hall, reading room, dining area, etc. I’ve always loved to be barefoot, and this experience solidified the fact that I should live somewhere that doesn’t necessitate shoes. 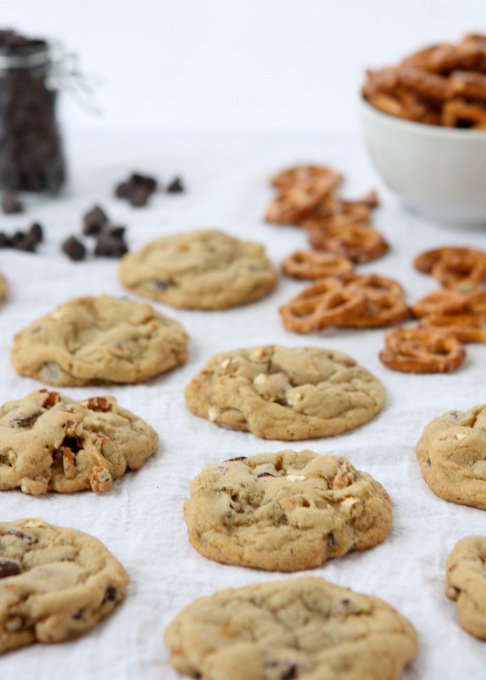 Each day started with an hour and a half to two hours of yoga, including much more pranayama (breathing) than I’m used to, and a seated meditation. The days were then filled with workshops, private lessons, or downtime, followed by another yoga class, an evening meditation, dinner, and an after-dinner activity. I was really impressed with the yoga teachers — which is saying something, because I am extremely picky about my yoga classes! They did a wonderful job of handling the wide variety of experience present, and worked us pretty darn hard. I also enjoyed learning more about some of the other branches of yoga, which I’ve only ever had limited exposure to before. 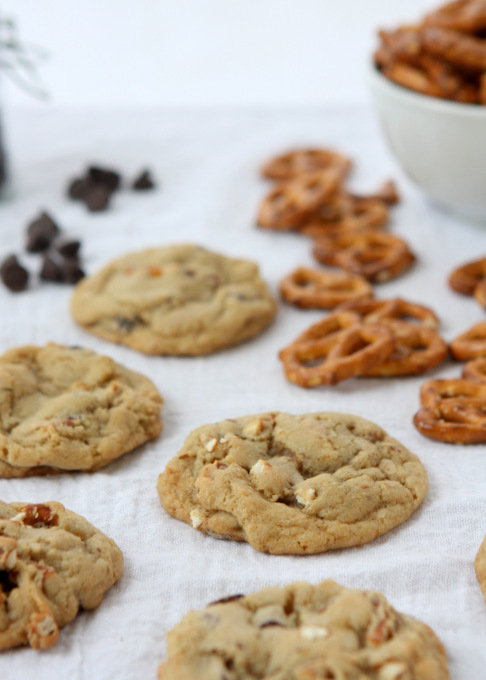 As for the meditation: this stuff is HARD, I tell you what! I’ve never meditated for more than a few minutes at the beginning of a yoga class. Sitting for 30+ minutes without moving, trying just to concentrate on my breathing and let everything else go is a huge challenge for me! My mind resembles something like the inside of a cardboard box full of bouncy balls being shaken vigorously at all times. Really, truly, disorganized and wild. It’s something I’ve always wanted to get under control, but never actually put any effort into. I think the discipline that meditation requires, as well as the ability to let go of thoughts I don’t care to think anymore, will be a great thing for me to learn. We’ve been keeping up our practice in the week since we’ve left, and hopefully will continue {and hopefully it will get easier} the trend.

This is just a mere skim over what we did last week, but I’ve had so many questions about the retreat I thought I’d just throw you a few bones! We left the retreat Thursday and flew down to the coast for our anniversary weekend, but I’ll save the details on that for another post! For now, let’s talk about cookies! {ALSO: We ate 100% vegan while we were at the retreat. Clearly, this is not my normal lifestyle. It was delicious, and I’ll admit I felt pretty awesome eating that well, but I missed my cheese and lattes and everything else!!} 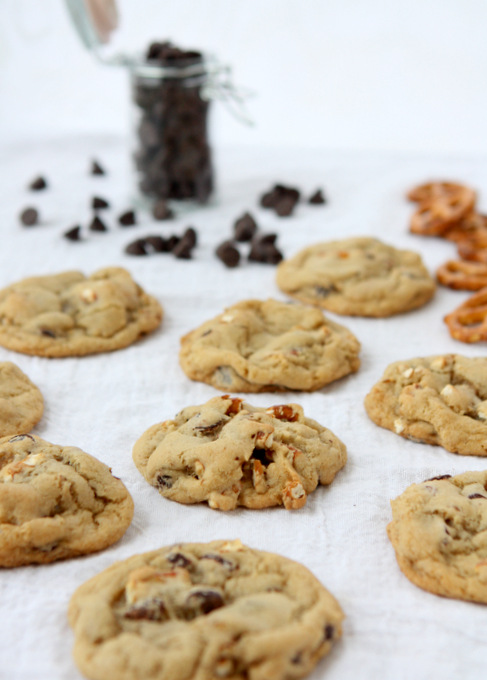 These cookies start with a regular chocolate chip cookie dough, to which I like to add a little bit of cinnamon, and PRETZELS! As with many of my recipes, these were created from a need to dispose of a bag of pretzels. I think maybe I should start calling my blog the garbage disposal, because many recipes are generated from cleaning out my cupboards! Regardless of where they came from: they were delicious! I made this for Derek’s defense, since he had to provide food & drink to his committee, and I like to think I had a big hand in getting them to approve his talk and give him his masters degree! Totally plausible, right? Right.