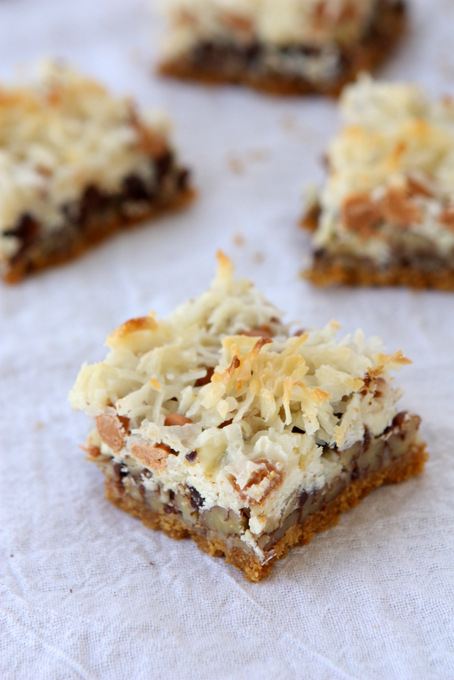 We’ve just finished our first full can of sweetened-condensed milk, here in Vietnam. As is the norm here, I have it in my coffee every morning! Yeah, I feel like I’m totally indulging EVERY morning. It’s pretty great! At home (in the US), I usually had a can of sweetened-condensed milk in the pantry, but almost never actually used it. As we were cleaning out the cupboards, I found a can realized I had NO idea what to do with it.

Then I remembered: SEVEN LAYER BARS. 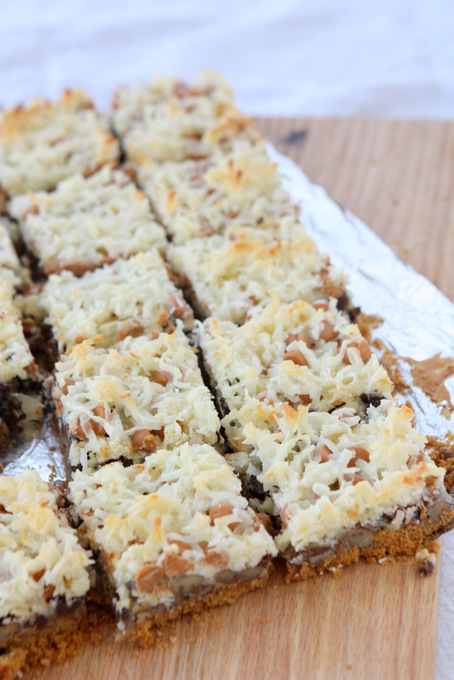 I hadn’t had seven layer bards since I was a kid. I think they used to sell little kits at Costco where they had all the layers packaged separately, and it was ridiculously easy to put together. I don’t think we got them often, but I do have a distinct memory of making bars from that pack once {between experimenting with cake recipes in my easy bake oven!}. Up until a few years ago, I was of the opinion that sweeter = better. That meant recipes like this, SUPER sweet thanks to the milk, were forcefully consumed in milliseconds. These days, I LOVE a few bites… and then need to take a nap and run a marathon and take another nap between guzzling gallons of water. I know, I’m becoming a wuss! Sugar-up! 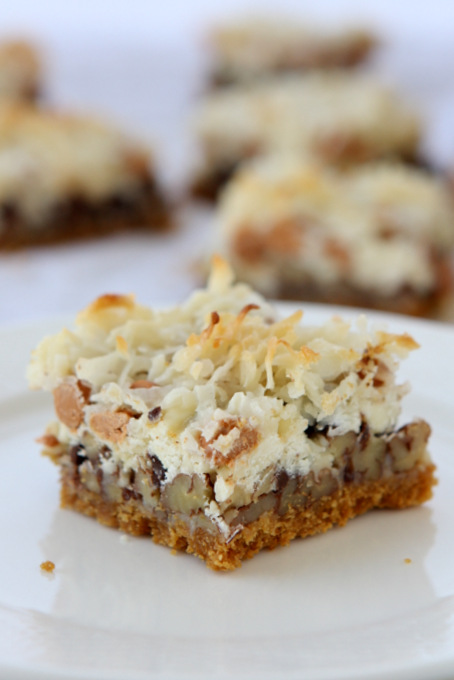 Even if I only had a few bites at a time, it was really fun to have these in the house! I CANNOT get over the great combination of flavors in these! Coconut, graham, chocolate, butterscotch, white chocolate, pecans — it’s a fo realsies party going on! If your pantry looks anything like mine, chances are you have most of these things lying around — go ahead and do a little summer cleaning and get these babies in the oven!! 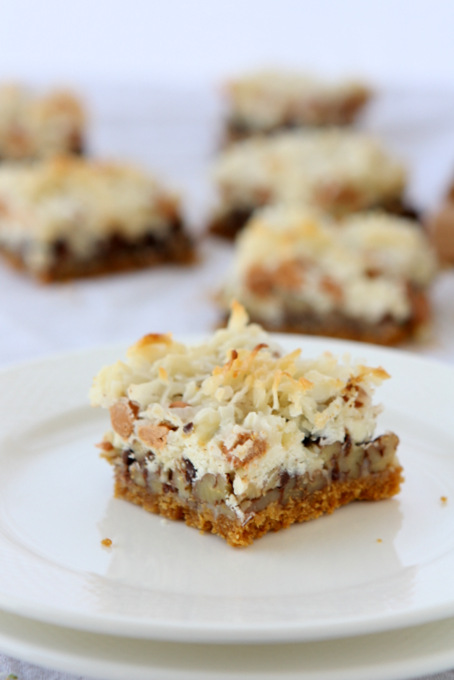