Notice: Function add_theme_support( 'html5' ) was called incorrectly. You need to pass an array of types. Please see Debugging in WordPress for more information. (This message was added in version 3.6.1.) in /var/www/wp-includes/functions.php on line 5831 Rhubarb Grapefruit Custard Pie Recipe 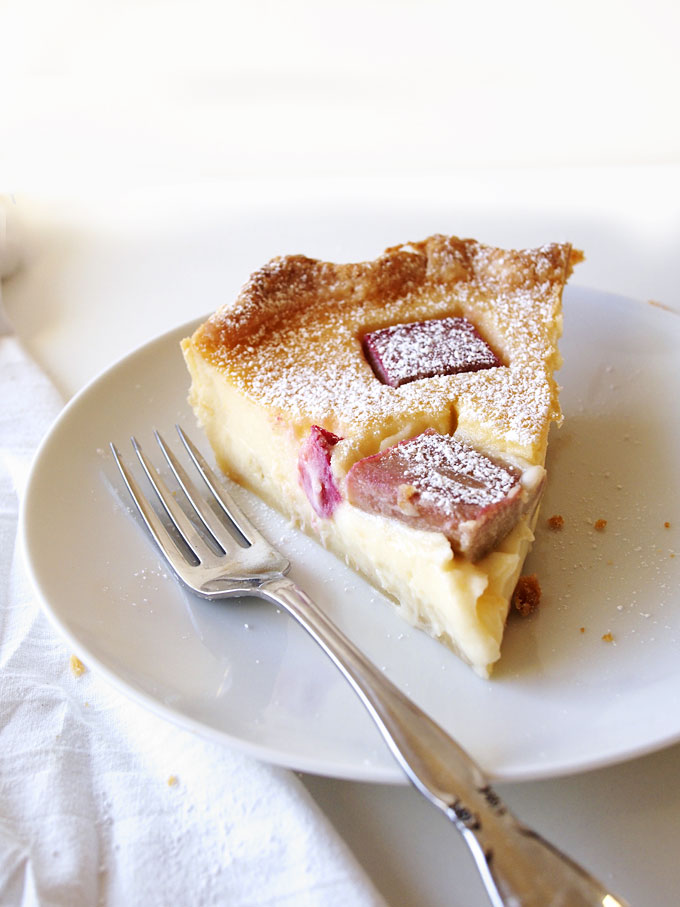 When is the last time I made pie? Seriously, I can’t remember. I feel like I used to make pie ALL THE TIME, but honestly: I think it’s been nearly two years — maybe even since Thanksgiving two years ago! Living in Asia didn’t inspire any pie-baking, nor did the hot hot summer here in Portland. Now that the weather has turned (!!!) I’m all over it. PIE FOR THE PEOPLE! That should my new band name, or something. 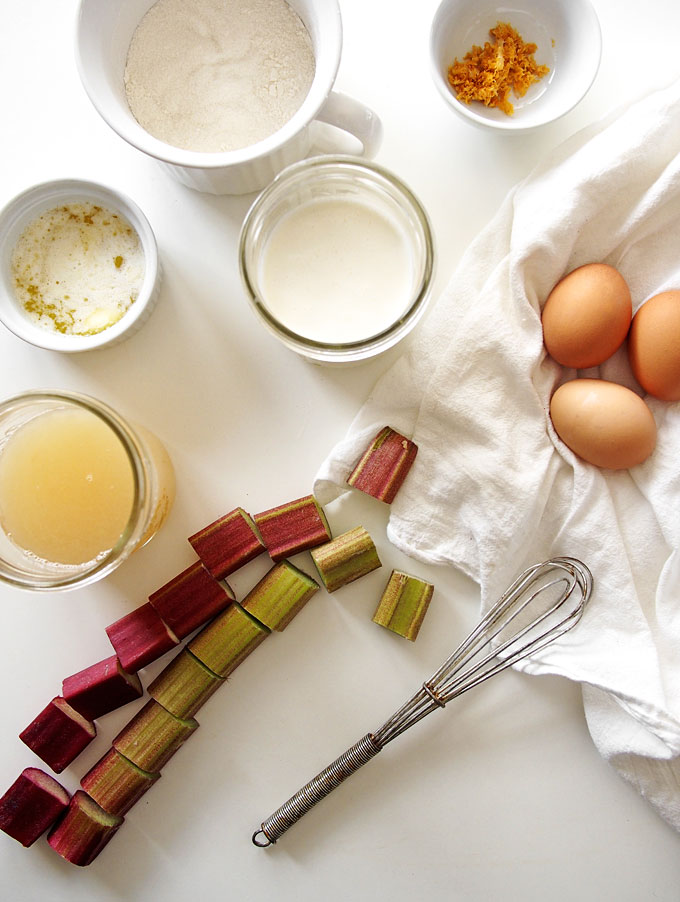 This pie came about the same way many of my recipes do: I had stuff in the fridge I wanted to use up. Also, everyone I know has been talking about rhubarb custard pie and I was like “wtf is this I must make some to find out.” So I did. The grapefruit came into play because I had a ton of grapefruit already halved and READY FOR USING! So I squeezed ’em dry and threw ’em in this pie. Accidental rhyming. Maybe song lyrics, for my new band? We’re being real weird today guys! 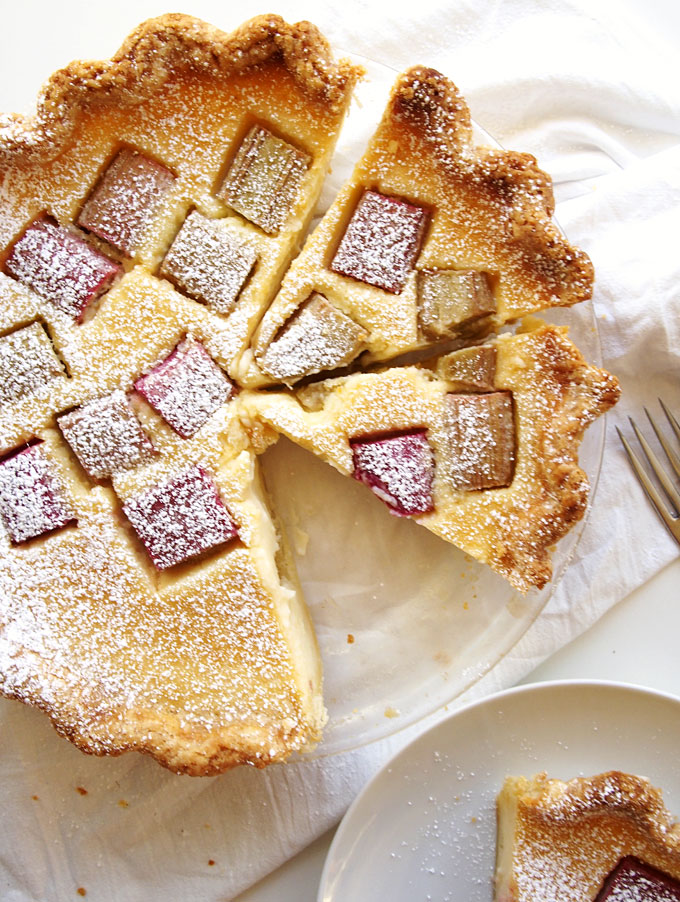 This kind of pie intimidated me. I’m not sure why — maybe the word “custard” freaked me out? I thought “OMG there is NO way this will work!” and was sure I’d have a liquidy mess on my hands after baking it. Not so! This is ridiculously easy! Don’t be intimidated! Also, use more rhubarb than I have pictured. I used up what I had left, but had I another stalk this would have been WAY prettier. Just sayin’. 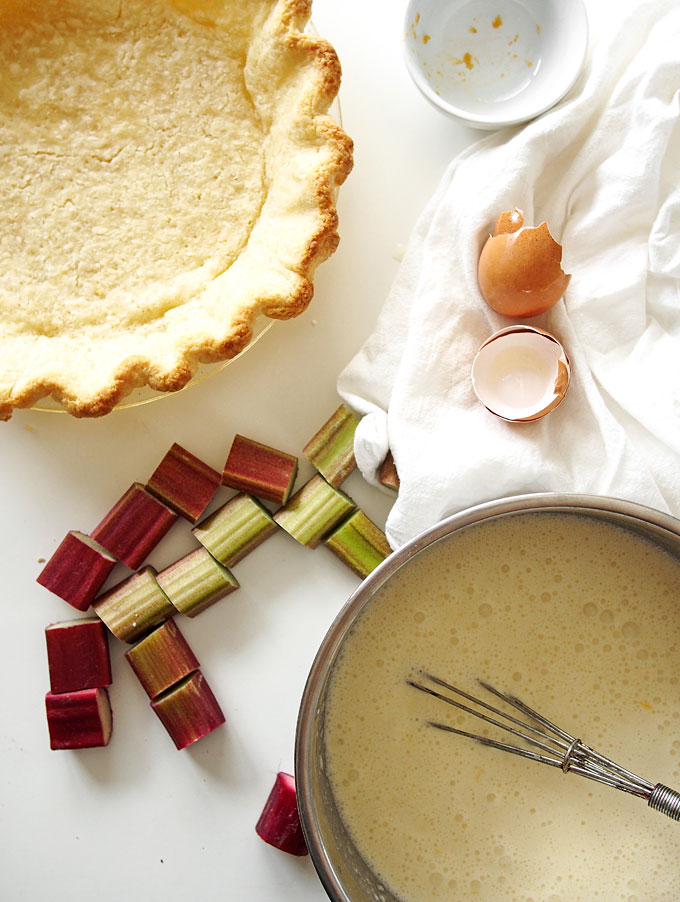 Also, don’t forget the grapefruit zest. Anything citrusy calls for ZEST! It’s magical! So flavorful! Delicious! And, when you rub it together with the sugar you get some fragrant firework olfactory WOWZA! That’s a technical term, olfactory wowza.

Go get some rhubarb, before it’s officially out of season, and make this SUPER EASY PIE this weekend! xoxo