Notice: Function add_theme_support( 'html5' ) was called incorrectly. You need to pass an array of types. Please see Debugging in WordPress for more information. (This message was added in version 3.6.1.) in /var/www/wp-includes/functions.php on line 5831 Guinness Chicken Tacos Recipe 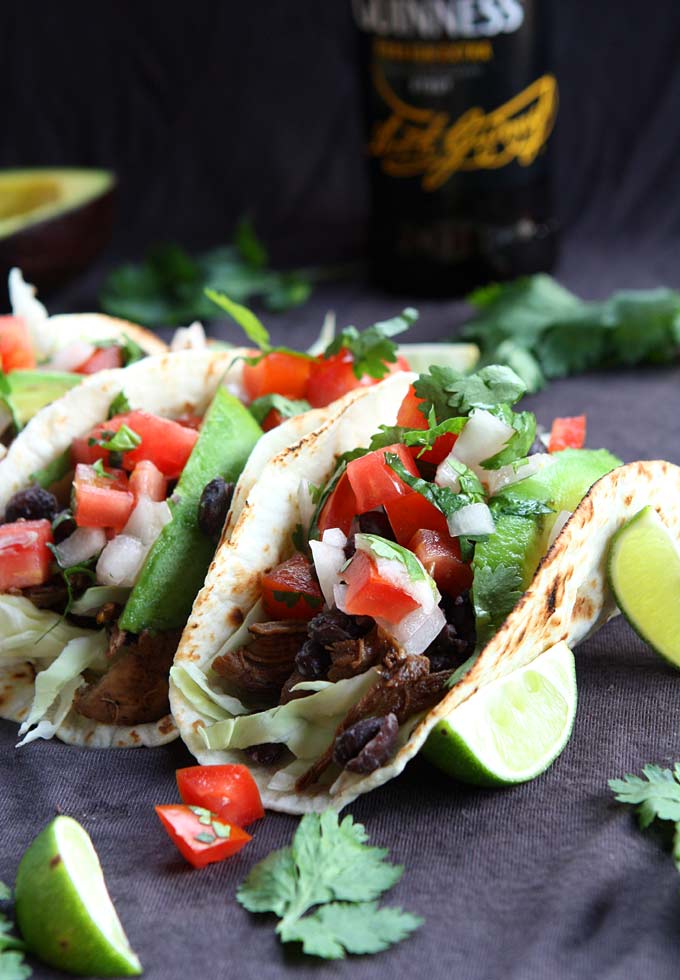 I just realized that I haven’t worn shoes — proper shoes — for nearly three months. THREE MONTHS?! All I’ve worn are flip flops! The last time I wore my sneakers was hiking Mt. Batur, which definitely called for real shoes, but since then it’s been wild toes for me! Occasionally I’ll throw on my crocheted Tom’s, which are so roomy and breathable that I don’t consider them shoes, but 99% of the time: I’m either barefoot or in my flip flops. IT IS AWESOME. If only I could continue the rest of my life without shoes, I’d be so happy! Except that I love love love these boots and am sure, upon returning to a non-tropical home, my feet will be right at home inside of them. We will see! 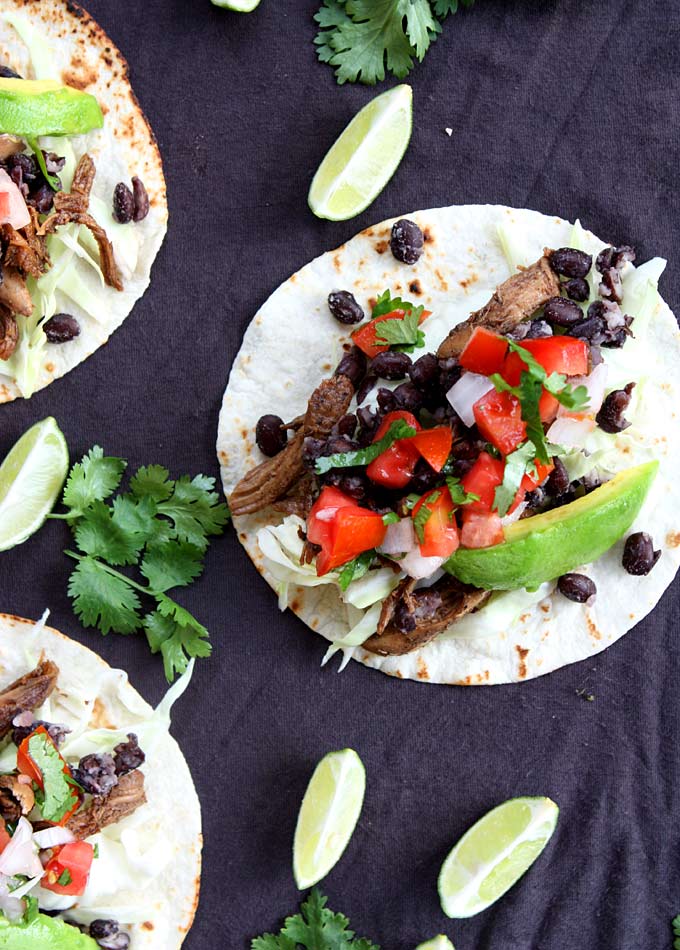 Enough about my feet. They’re not nearly as exciting as THESE TACOS! (In all honesty I can’t say I believe that last sentence, especially since yoga teacher training and a newfound appreciation for all things feet! But for your sake, we’ll move on). 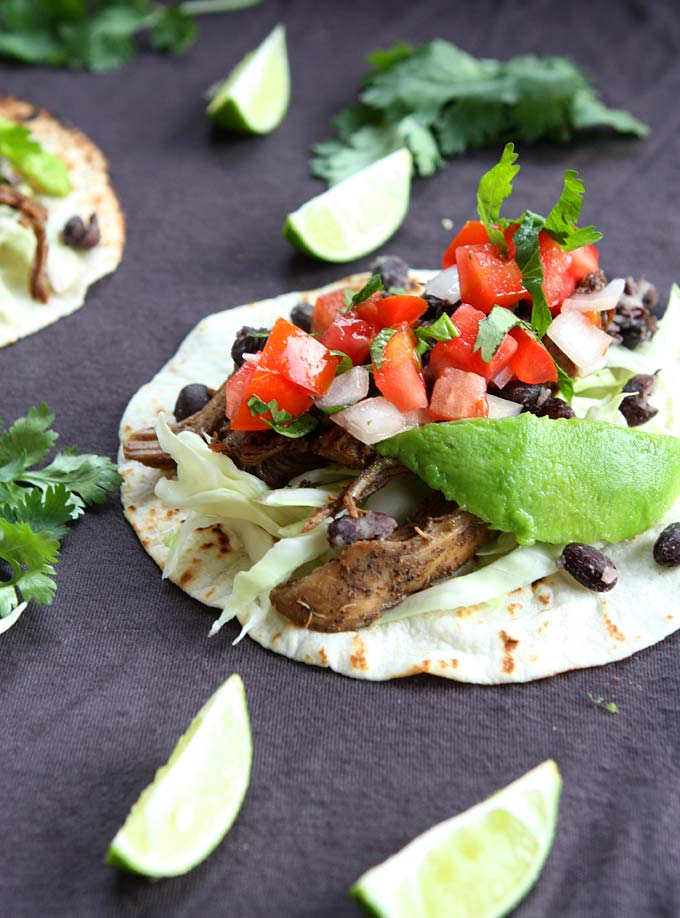 TACO TUESDAY! I’m actually posting tacos on a Tuesday! The stars must be aligned! Not only are these tacos and is it Tuesday, but these tacos are so ridiculously delicious and easy. I’m not even kidding. Depending on how you want to do it, I think you could have these ready in 25 minutes or less! I made my beans, so it took a bit longer, but if you used canned black beans (shhh I won’t tell!) you really just need to cook the chicken and chop some veggies. 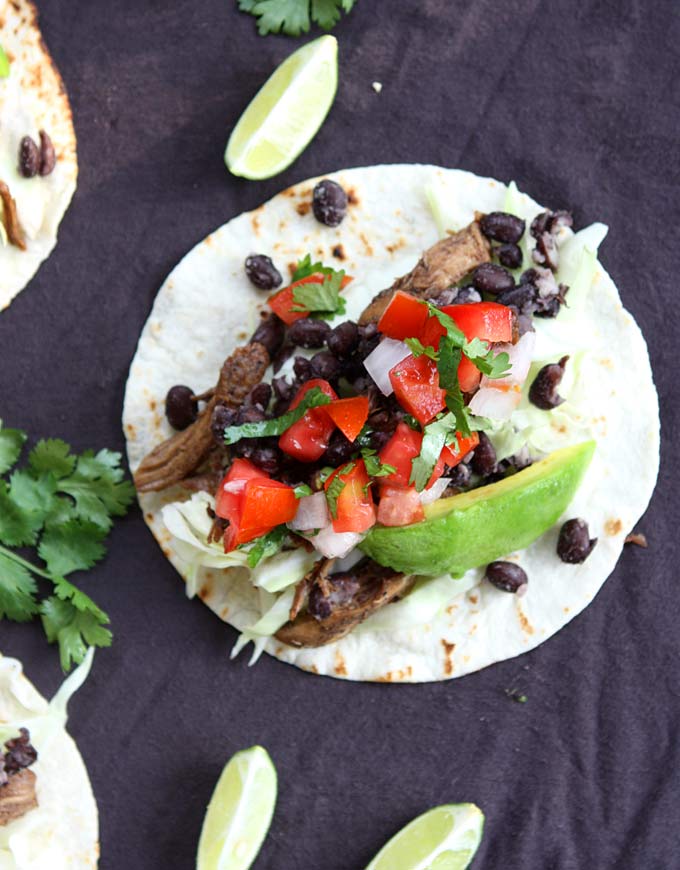 What’s so special about these, you ask? THE GUINNESS! I cooked the chicken with a full bottle of Guinness, plus a little bit of honey, and WOWZA. It’s amazing. The Guinness will cook down, and the honey will add a little bit of sweetness that I thought the Guinness was lacking, and you end up with some beautiful tasty chicken. Isn’t St. Patty’s day coming up? Aren’t you all stocking up on Guinness? Or maybe you’ll have some leftover that you have no clue what to do with? {It should be noted that this is not a sponsored post, I just wanted to make Guinness chicken tacos!} 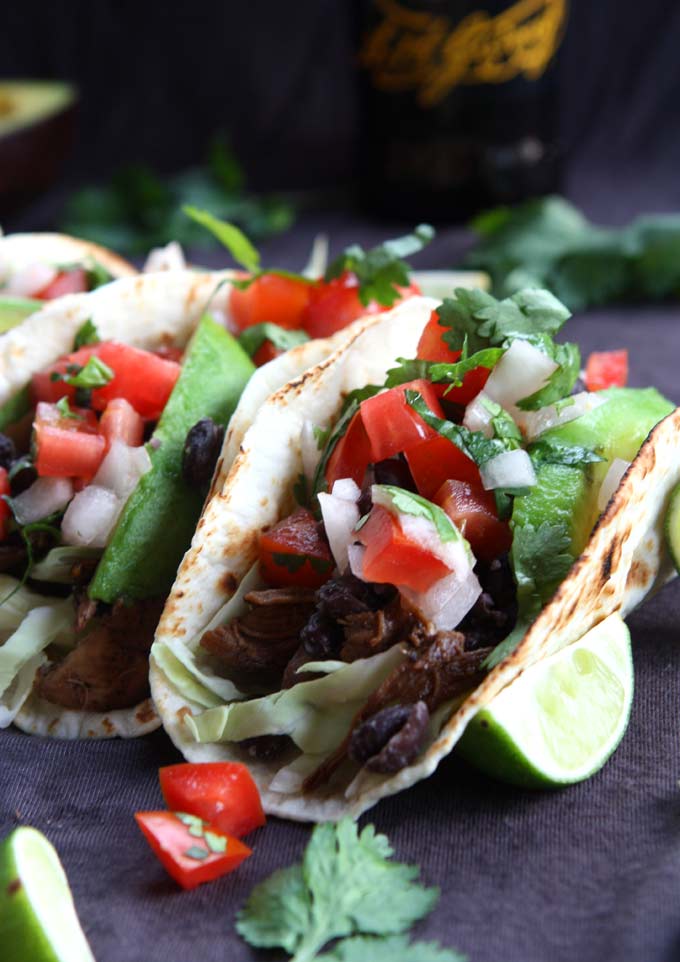