I hinted in my Ridge Run training post that I was ready for another marathon - I'm officially signed up to run the Twin Cities Marathon this October! Woohoo! Or, yikes? I had been considering and October marathon for a while, but didn't really feel motivated to train, so I hadn't signed up. I did consider getting in touch with some Personal Training Specialists but I decided not to in the end. I finally pulled the trigger and signed up for Twin Cities because I really have no excuse — and I need to BQ again after September if I want to run Boston in 2015 (I'll be gone for 2014). Race day is only 2.5 months away, so I'm jumping right back into serious training — I need it, because I think I'm further out of shape than I was 2.5 months before Napa.

As soon as I crossed the finish line at the Napa Valley Marathon, I knew I could run my next marathon faster. As weird as it sounds, the race had felt strangely easy - only requiring mental focus and a bit of digging in the last two miles. Doesn't that mean I should be able to run faster? I certainly think so. After taking two months COMPLETELY off (poor decision), and another two of lazy semi-activity (another poor decision), I'm jumping quickly back into marathon training in combination with training for the Ridge Run.

While I'm excited to do the Ridge Run, I don't feel a lot of pressure for it. It's an incredibly technical and vertical race, meaning I'm going to be slow no matter what. Seeing as it's my first time running it, I don't have a real time goal - I'll be happy to finish. The marathon, on the other hand, carries a lot of (self-imposed) pressure. I'm running it mostly to qualify for Boston 2015, so I have to get below 3:34:59; however, I know I'm the kind of person that will be disappointed if I don't PR. Seeing as I felt I could have run Napa faster, I don't see any reason I can't shave a few minutes off of my time. In fact, I think I'll set my official Twin Cities Marathon goal right now: I want to finish faster than 3:25. Taking five minutes off of my time seems lofty to me, but I also think I really can do it. 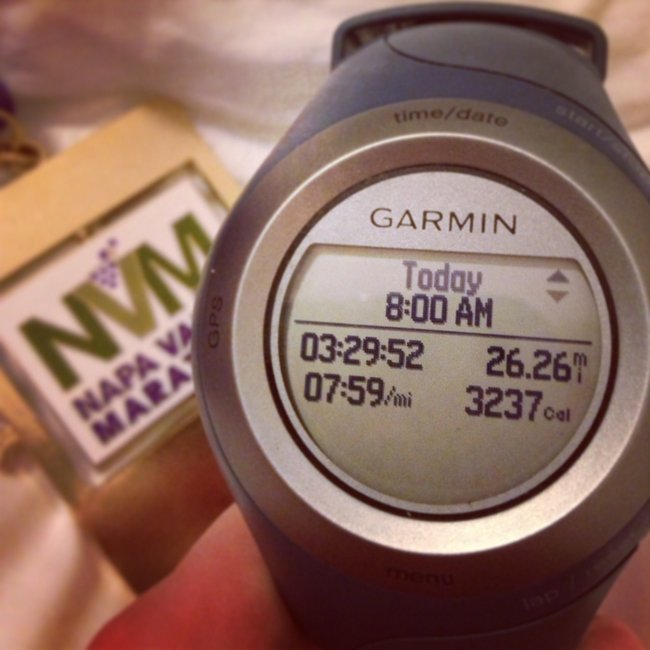 If I want to PR (I do!!), I'm going to need to step up my training to be smarter. Here are five things I'll be doing in preparation for Marathon #2: Five Tips for Better Training.

One of the most helpful things I did in training for Napa was to obsess over the course and my race plan, and to visualize how I'd execute it. This is not for everyone, some people don't care or don't need to, but I know it works for me. I like to know every last detail about the course, have a very established plan for how I'll approach it, and then I like to visualize actually doing it. I ran the Napa course SO many times in my head before ever setting foot in Napa, I felt how fresh my legs would feel at mile 22, how the pace would feel easy, and how I'd finish those last few miles on pace, even if it was hard I visualized it being totally doable. It was! I'm now a pretty big believer in visualizing, especially since I have very rigid goals. 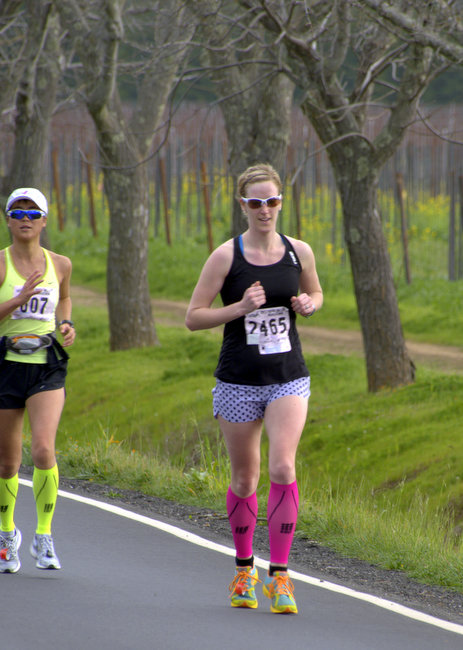 As far as actual training goes, I think the most helpful workouts I did last time were my fast-finish long runs and the Yasso 800s. Both of these workouts have my legs moving quickly — something I think helped me keep a good pace on race day — but also make me run fast when I'm tired. Not only were they great physically, but my confidence went through the roof when I successfully finished them. The mental game really shouldn't be overlooked, so these two workouts are my staples.

I kicked off training with a tempo run Tuesday — my first in at least 5 months. I went into it with very low expectations, and came out of it pleasantly surprised. Granted, it was shorter than it should be at this point (3 miles at tempo instead of 5), but much faster than I had planned. I'll take that as a sign that I'm in better shape than I think, and to forge ahead with training! I'll get into serious marathon updates after the Ridge Run (and the WEDDING!), since the next 4.5 weeks will be a hodgepodge of Ridge Training, travel, and wedding stuff. After that, we'll have 7 weeks of training before the marathon, and I'll keep you updated on everything! Hopefully we keep all 10 (well, 9.5 now) toenails this time!