Notice: Function add_theme_support( 'html5' ) was called incorrectly. You need to pass an array of types. Please see Debugging in WordPress for more information. (This message was added in version 3.6.1.) in /var/www/wp-includes/functions.php on line 5831 Cold Soba Noodles with Sesame Ginger Scallion Sauce Recipe 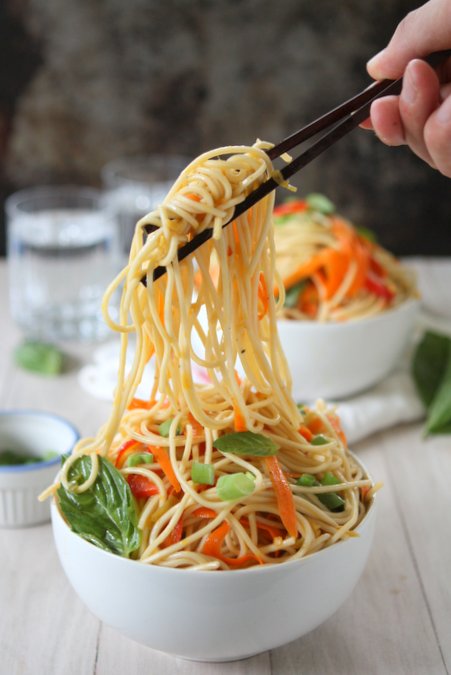 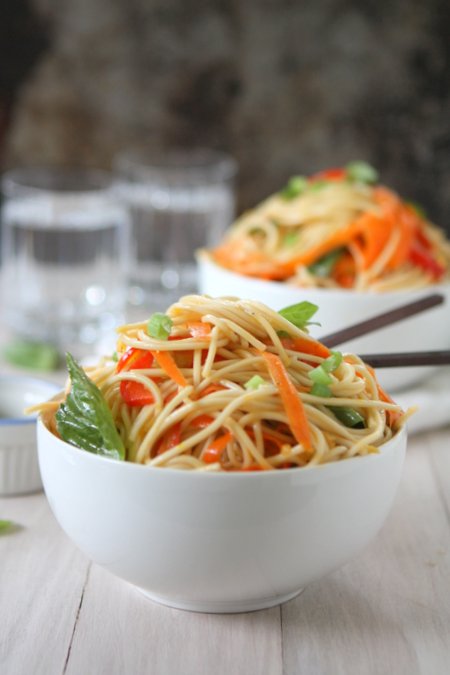 These noodles satisfy my embarrassing addiction to Panda Express Chow Mein. I love that stuff. I know it’s probably terrible for me, and in no way is it authentic, but MAN is it yummy! Every time we’re in an airport I beg for Panda Express (despite the fact that I may have just eaten, or that is 7 in the morning), because otherwise I never get it! So good, and so bad. I can’t stop.

In these photos, I actually used a Chinese egg noodle instead of a real Soba (buckwheat) noodle, but either way is delicious. In fact, I bet this sauce would be good on rice noodles too! Whatever noodle you choose, I won’t knock it. It’ll be delicious. Add some veggies (any veggies!), and you’re golden. This is an improv meal! Just make the sauce (and DON’T YOU DARE SKIP THE TOASTED SESAME OIL), and put it on whatever you want. Maybe not on cookies. That could/would be gross. 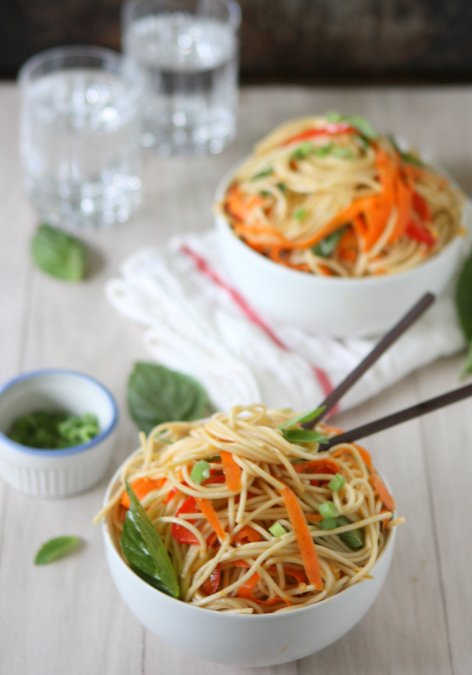 With our oven being out of commission, I’ve had more time to focus on trying new savory dishes, like this one! And frying… ha! I am also spending more time pouting and drooling over cakes and cookies in my cookbooks. Am I a five-year-old? Maybe. Don’t judge. I love baking, ok? 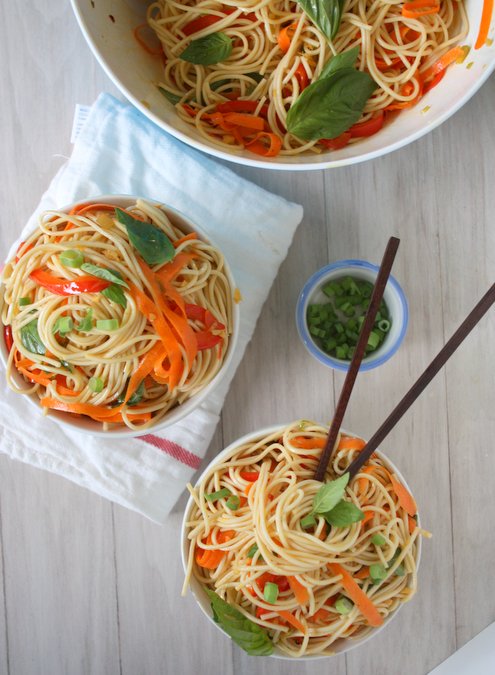