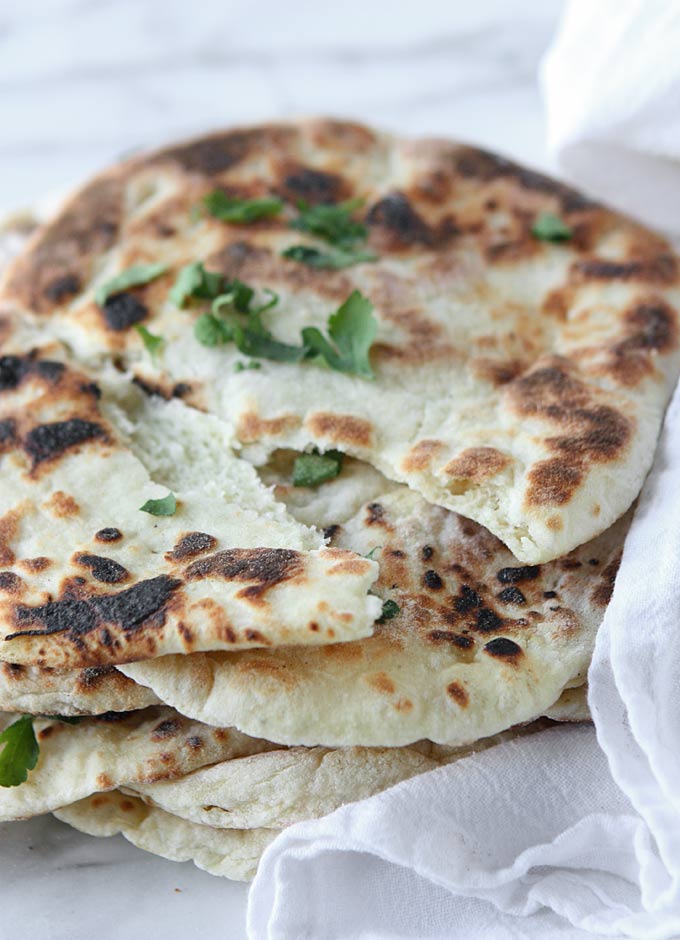 This might possibly be the post with the shortest title EVER on TKP. NAAN. Good ol' regular tasty-as-heck naan. It really doesn't need any other descriptor in the title!

I made you guys a naan without yeast a few months ago, to go with the life-changing butter chicken, and even though that's great for a night when you need naan NOW... real naan is better. Yeasty naan is so. darn. good! It's fluffy and soft and tasty and absorbent and pretty much perfect for dipping in this. And this. And this. And there we have a paragraph with links to every Indian recipe on this blog — which happen to be some of my favorites! YUUUM. 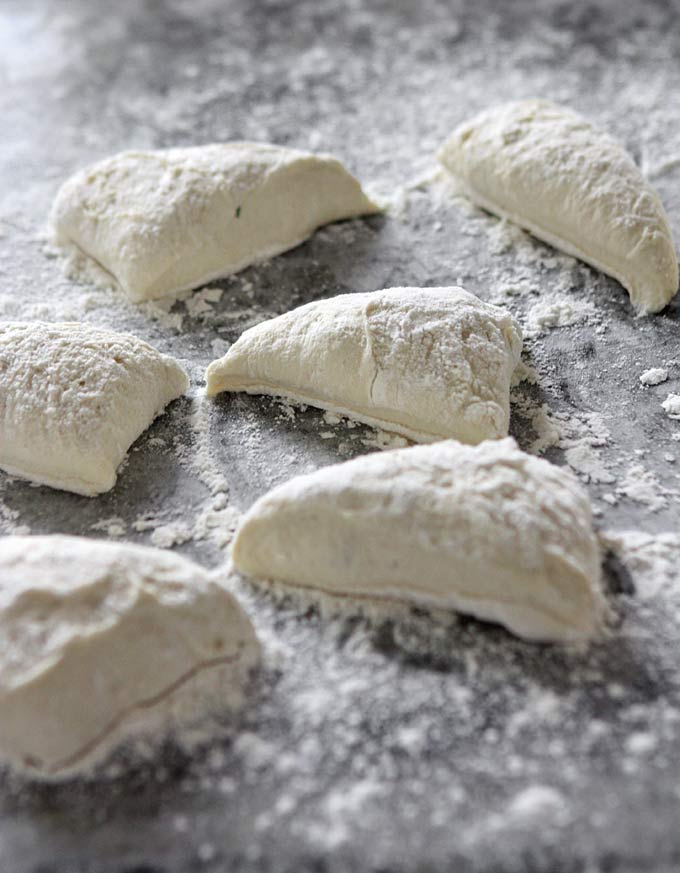 This naan has melted butter and Greek yogurt and honey — all three of which would be great ON naan, but are also great IN naan. Yum. Now I want a piece with all three on top... Ooooh yeah! 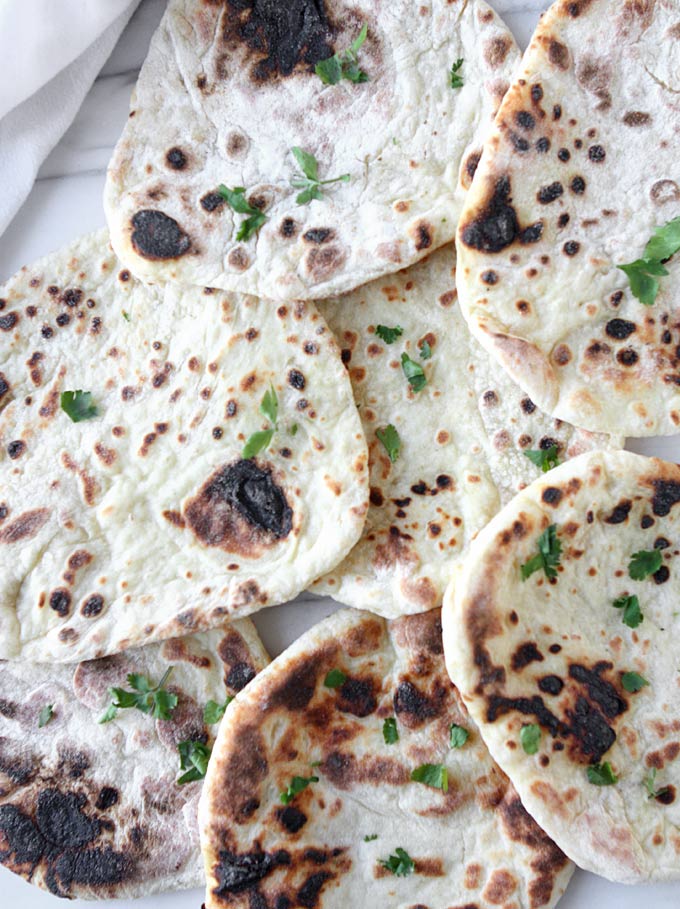 The only quasi-intimidating part of this recipe is the whole "put it on an open flame" part. Trust me though, you want to do this. It'll give it those nice charred (aka flavorful) bits and puff up to make sure the inside is cooked well. DO IT. I honestly just set mine down on the stove grate above the flame, leave it for a bit, flip, and remove! Easy. You'll get the hand of it. Then you'll start doing it with your flour tortillas and no utensils. Sorry fingers! Who needs fingerprints, anyways? 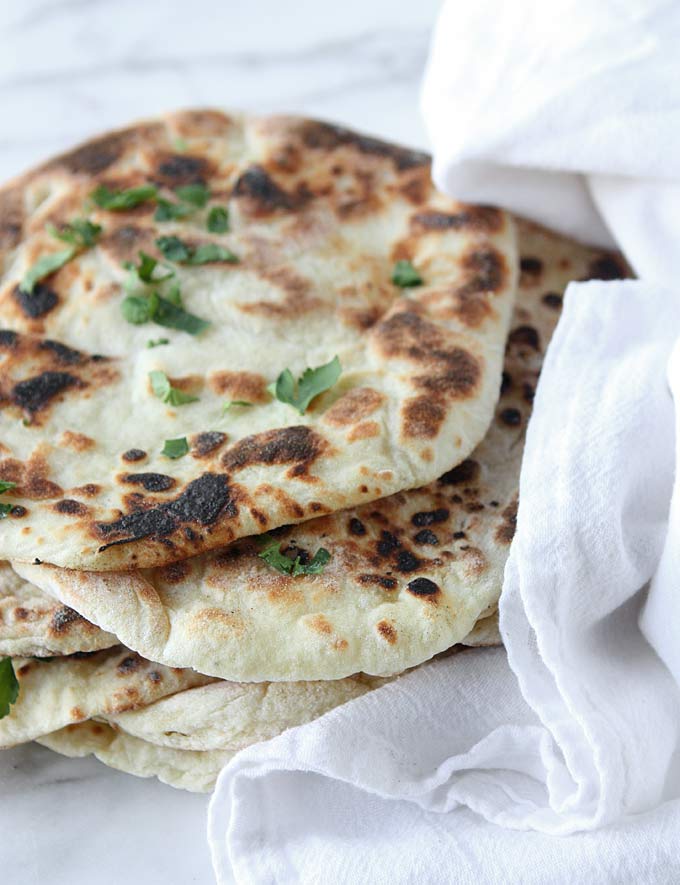 Serve this up with anything saucy. Or slather some butter on it and call it a breakfast. Or made the healthy slow cooker butter chicken I posted Monday! You'll have the Greek yogurt for it, anyways! xo