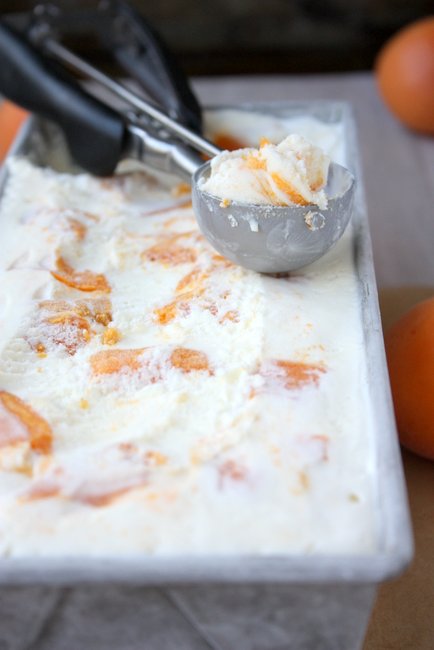 Why had I not heard of no churn ice cream until now? Seriously guys, you need to tell me about these things. My life is now 3,509,382 times better. Approximately.

Before we get to the ice cream (which is FAB), let's give you a little update. We moved! Huzzah! My mom came last Thursday, and we spent the weekend doing wedding stuff and packing/moving. Oof. The wedding stuff went well — especially going out to our venue and finally seeing it in person. It is WAY better than I thought it would be! I'm even more excited now (is that possible?).

The move was pretty darn smooth. I was glad to have my mom here to help pack, and most of all UNPACK the kitchen. It's now the only room in the house completely unpacked (or unpacked at all, really), and obviously the most important. I baked a pie this morning (first thing I've cooked in the new digs!) and discovered I'll need to spend time getting to know my new oven... it's much older, and apparently much hotter than our last! Burnt pie, anyone? 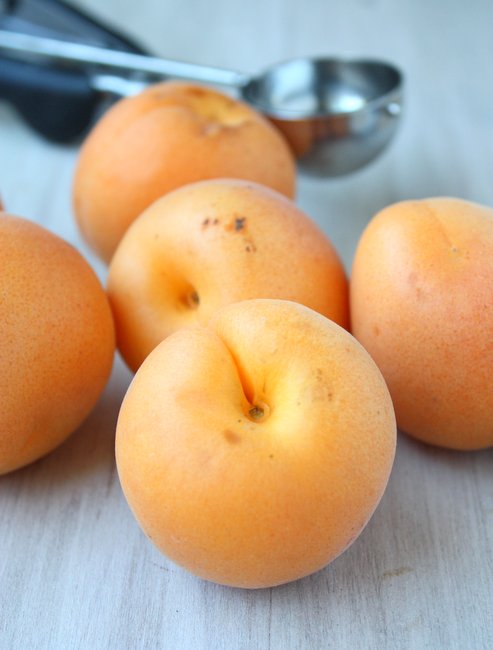 While we were really sad to leave the old house, as we loved it so so much, the new place is turning out to be really lovely. The rooms are bigger, storage is much more abundant, and the proximity to campus is really quite astounding. I think I'll be having many more lunchtime visitors!

Despite Derek and I both being under-the-weather during the entire move, we managed to not only not kill each other, but actually had fun (whaaat?) in the process. I was shocked to hear Derek say he enjoyed it, since I know I'm really quite a bossy princess. Yes, I admit it. Yes, I acknowledge it. No, I probably won't change. (I get stuff done!). I'm grateful to have such a loving partner who puts up with me no matter what! 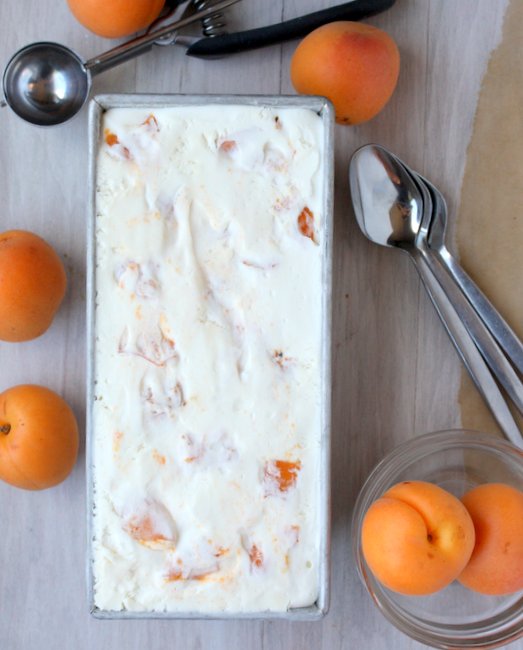 Now that we're in the new place, we're feeling the heat. It's not quite as much of a refrigerator as the last place was... so popsicles and ice cream are a must. The sauna that is Bozeman is really not my jam, but I'll live through it with early morning workouts (ha! ya right) and hefty amounts of frozen dairy. 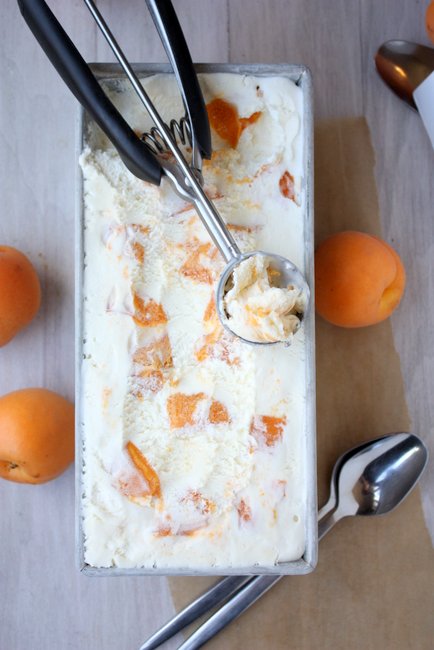 I don't have an ice cream maker (YET), so when I discovered there is such a thing as no churn ice cream I was sold. Immediately. And, it's really freaking easy. Just whip up a can of sweetened condensed milk with two cups of heavy whipping cream, pour it into a loaf pan with whatever you want to flavor it with, and freeze. Easy! I'm going to explore chocolate this week!

Full disclosure on this ice cream: I found the apricot chunks to be a bit icy and big. Next time, I'd chop them MUCH smaller, or maybe even smash them and mix them into the cream very well. Or, keep them entirely separate and serve them on top! It hasn't seemed to stop Derek from eating massive amounts each night, but I was a bit surprised (I should have realized this would happen), so thought I'd give you a warning. The ice cream itself isn't icy one bit (as I was nervous "no churn" ice cream would be!). 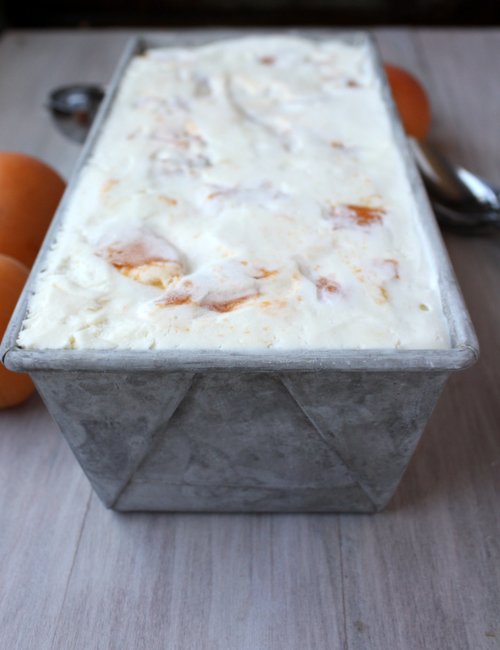 Enjoy your super easy ice cream! Those of us without ice cream makers can now rejoice!