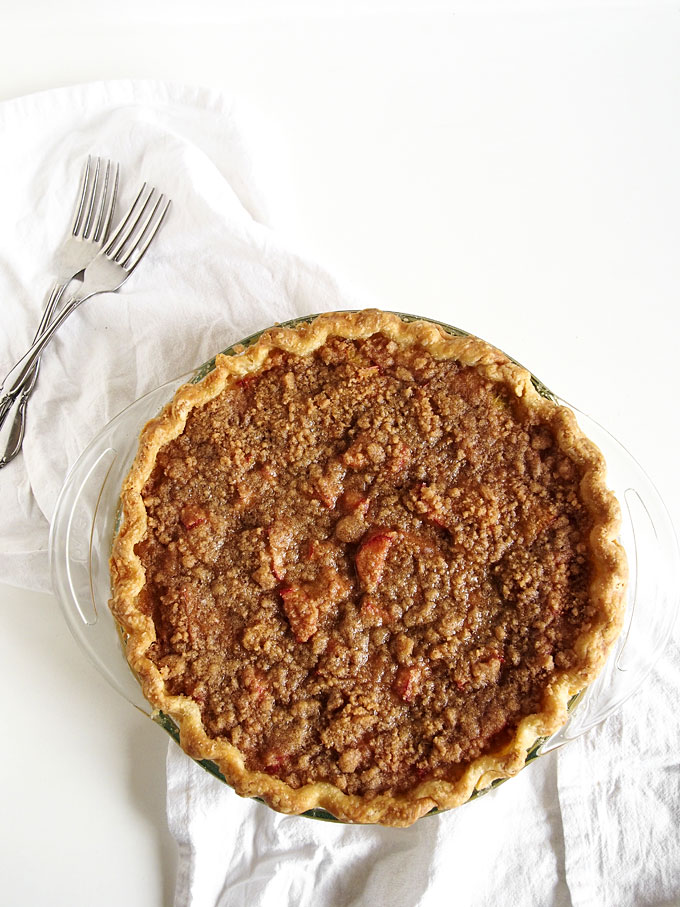 Let's get this out of the way immediately: pie can be intimidating. There's crust involved, and temperature matters, and it's hard to tell when they're done, and OMG SO MANY MORE EXCUSES. Anything else? Vent it out, because we're about to move on. 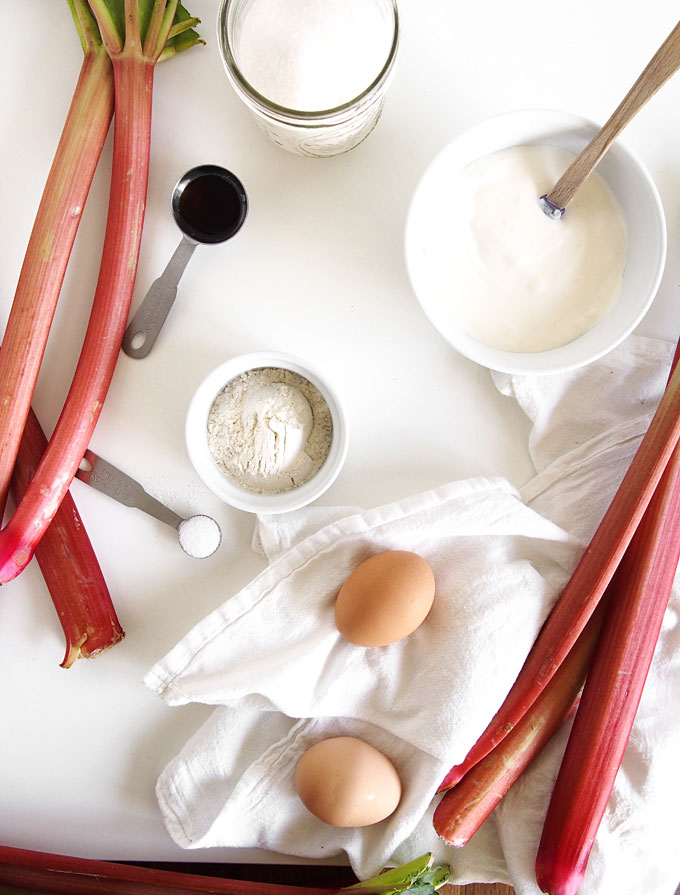 Great. Pie might be somewhat intimidating, but I'm here to argue that you can do it. It's really not that bad, especially with a little practice, and this here rhubarb sour cream crumble pie is definitely on the easier side of things. There's only ONE crust involved! It's nearly impossible to mess up! If you follow the directions, it WILL taste good! And as with all things: it will get easier to make pie if you actually MAKE pie. So, um, do it. Stat. 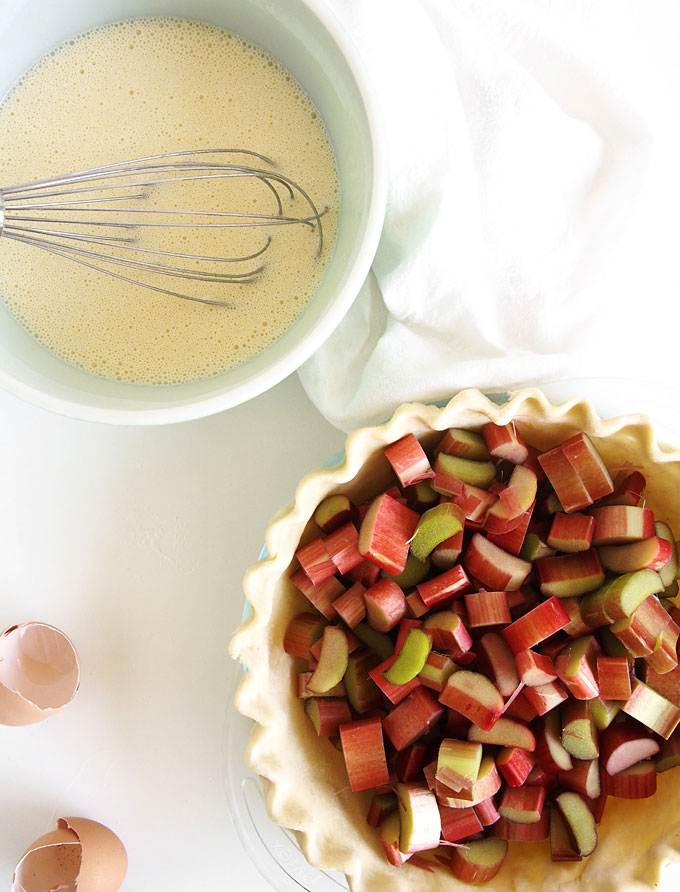 I've been feeling pretty intimidated by a few things (pie not one of them) lately. Life, in general, has been slapping me upside the head with a big "I'M OVERWHELMING" punch. It's not really any one thing, I don't think, but with school and work and social life and relationships and being active and moving and ALL THE THINGS — I think my head dipped under water a few times last week. I finally recognized that my introverted self needed to go home, chill out, and not feel guilty for turning down social commitments. I can't really say 'no' to school, and while some work (posting here) isn't 100% an obligation, I do have clients I have to deliver work to — which I'm grateful for! Gotta pay my rent somehow! All this to say: I'm realizing that I need to prioritize resting and refueling my way. 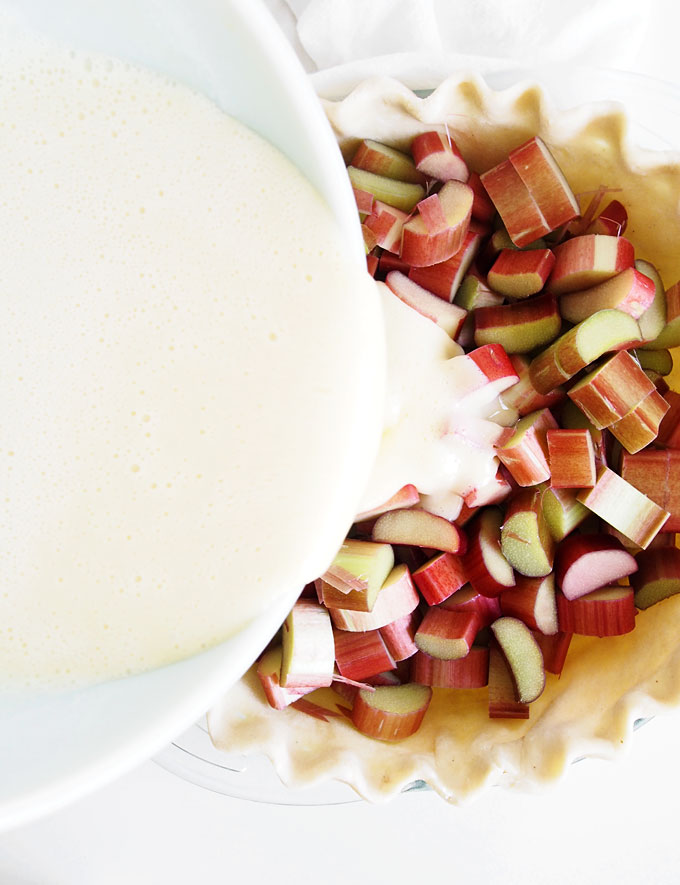 As I was climbing with a friend last night, talking a bit about feeling overwhelmed (and pie, duh), she brought up the topic of intimidation. I hadn't really put it together, but maybe my being overwhelmed is really just a a function of being intimidated — feeling out of my league in one way or another, and letting that clobber my energy and drive. I'm ¾ done with school, which means I'm nearing the point where I'll be applying for jobs and selling my skills as a developer — something I'm COMPLETELY intimidated by. Impostor syndrome is kicking in big time, and I can see how it would be super tempting to give up entirely. But I can't, or I won't, or something. I could go on and on here (like, am I intimidated by actually DOING it, and succeeding? Oh man. That's another chapter entirely!), but to tie it back to pie: I think it's totally worth it. And it will get easier. I just have to do it. 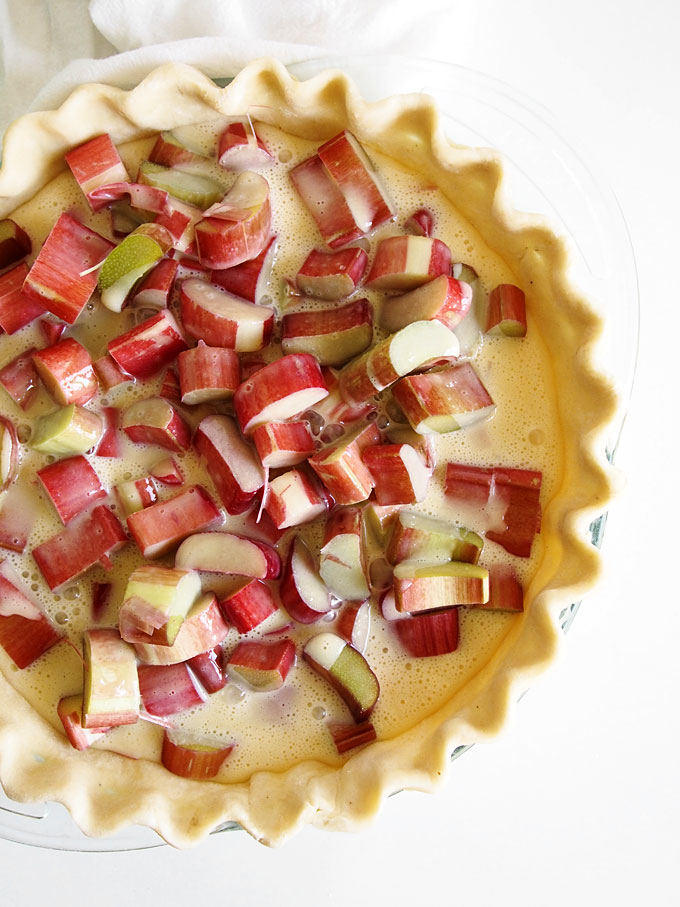 I made this pie a few weekend ago for ladies night/supper club — a social engagement I love being a part of. We meet once each month and have a different theme. In December, we met for tea at The Heathman Hotel and did a cookbook exchange. For this most recent supper club, we each made a recipe from our cookbooks and had an incredible potluck! I received Butter, a book full of tasty tasty baked goods, from my friend Erin. Somewhat hilariously, she ended up with the book I brought — the Vegan Food52 Cookbook! HA! I may have received the better end of that deal! 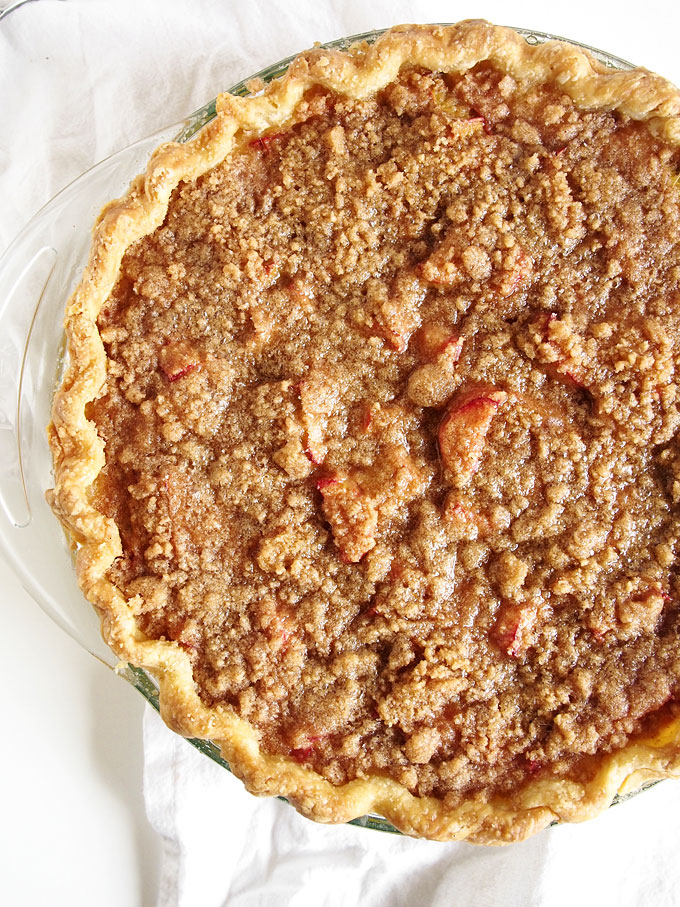 This pie was so quick to throw together, and really ridiculously tasty. I upped the amount of rhubarb pretty substantially, so the recipe I've listed here is a little bit different than the one in the book. Enjoy rhubarb season, and make this pie!! xoxo