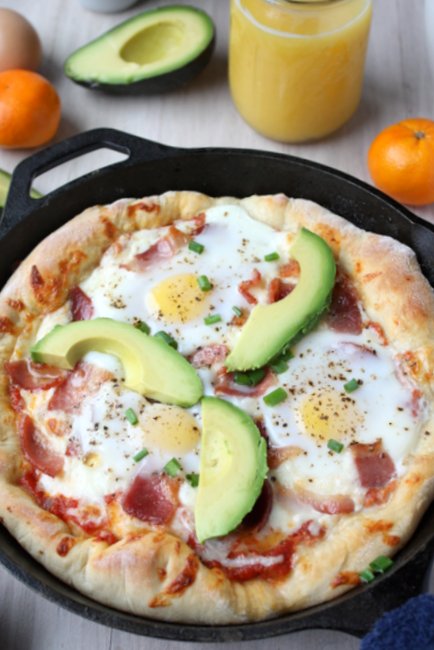 Oooh back to real life! I'm actually still making my way back to Montana, but plan to hit the ground running on Monday! Literally. I need to be running like a crazy person for the next 6 weeks. Something to fuel my running? PIZZA! Even better? Skillet breakfast pizza! 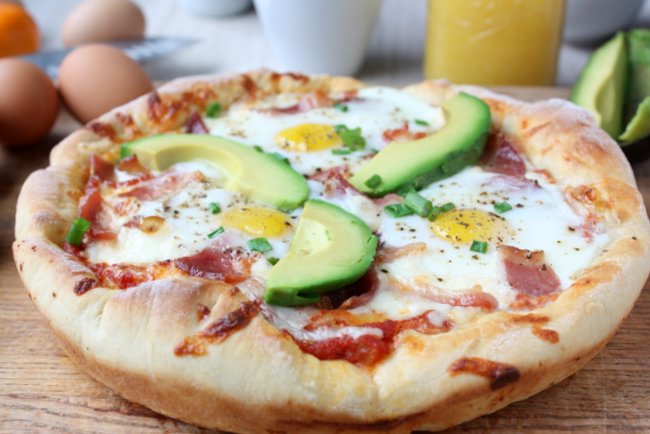 Remember how I told you that I sometimes use a little checklist on my computer to get things done? Well, I think I also mentioned how sometimes I ignore it. This skillet breakfast pizza is a prime example: it has been on my list for over a year, and somehow I've just now gotten around to it. Whoopsies!

Now that I've made it, I'm not sure why I waited so long! I am a huge pizza fan, so having it for breakfast is right up my alley. Yes, I eat unusual amounts of cheese. No, I'm not ashamed. 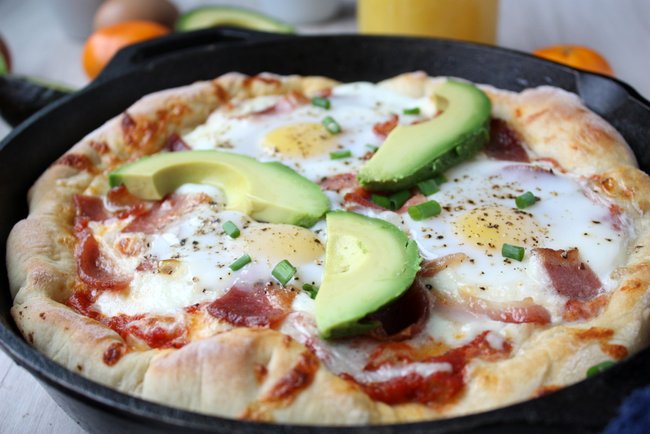 I was nervous that the cast iron would be too hot, and result in a blackened crust — but was pleasantly surprised to see that it didn't! I did make sure to work quickly once the crust was in the pan, as I could see it starting to rise from the heat. Get those toppings on quick! 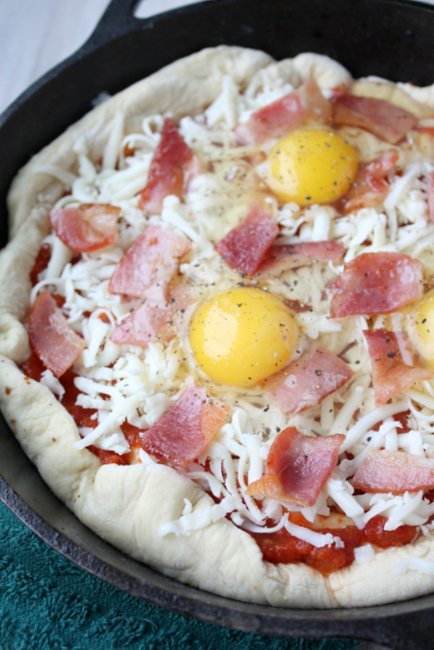 « Mint Brownie Sandwich Cookies
Alaska {How to: On a Budget!} »