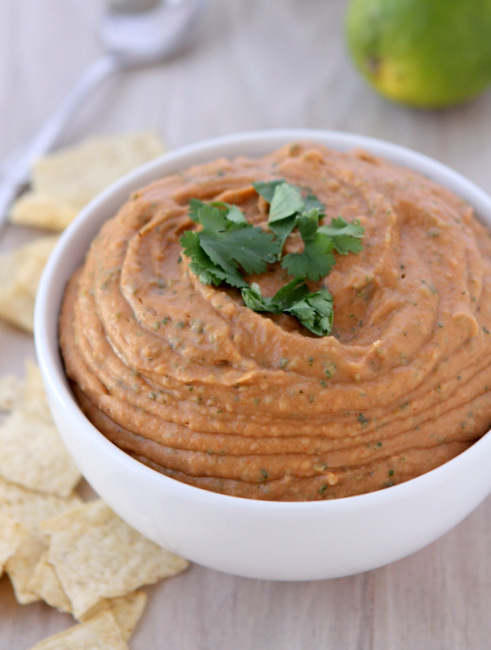 I've been having some pretty serious cravings for the last few months. No, I'm not pregnant. Sillies. I'm not craving chocolate, sugar, pickles, or anything like that... I'm craving BEANS. Specifically, beans and cheese. It's actually kind of astonishing how many times each week I make a simple quesadilla with refried beans and cheddar cheese. Like, at least three times per week. I CANNOT STOP. 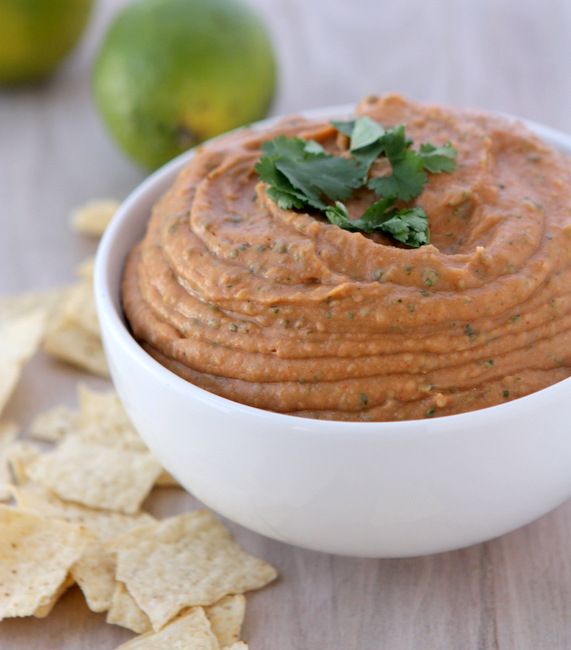 So, I've been making a lot of bean dips. Sometimes hot, sometimes cold, sometimes with cheese, sometimes without. JUST GIVE ME BEANS. I suppose it could be worse — I could be craving bacon or cookies!

This dip, while named very similarly to my Spicy Black Bean Dip, is made from refried beans. We buy the big box of non-fat refried beans from Costco. And then I eat them all in a week (Seriously? Seriously). Throw two cans of beans into the food processor, add some onions (I used shallots), garlic, cilantro, spices, lime, JALAPENO, and blend 'er up! You could throw in cheese if you want, but I usually omit it in this recipe. 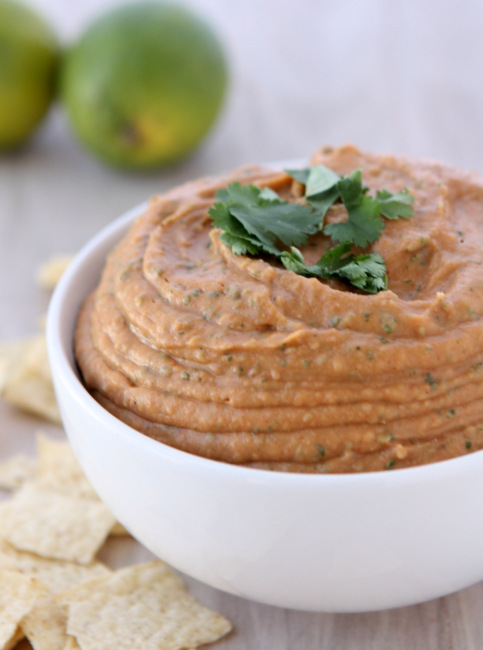 If you really want cheese on this (which I totally do as I'm typing this!), make it as the recipe says, then spread it into a pie dish and top with shredded cheddar. Bake at 350 for 25ish minutes, until it's hot and bubbling! YUM. You could broil it too, just to melt the cheese. 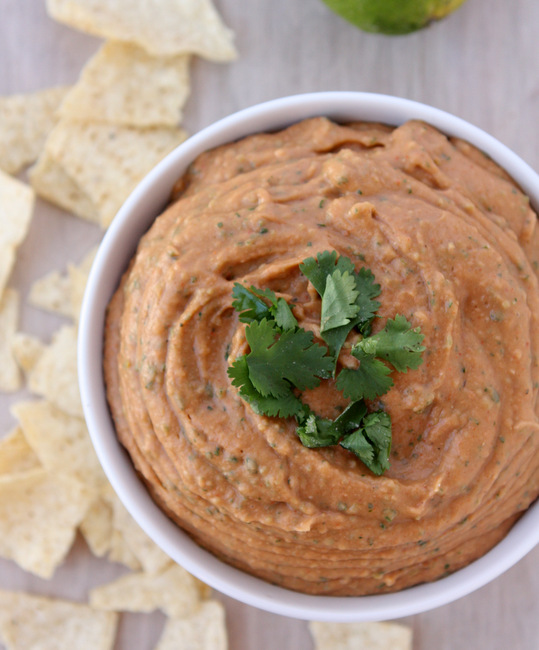 I guess I'll just move to Mexico, as pretty much everything I want to eat is semi-Mexican. I just want beans, cheese, tacos, burritos, chips, salsa, taquitos.... should I continue!? I think you get the point. As we're preparing for a move to SE Asia (more on this to come!), I'm super excited for the food, but I do wonder how I'll do without my Mexican food! Oh man. I suppose all the delicious noodles and soups and curries will make up for it! 🙂