Notice: Function add_theme_support( 'html5' ) was called incorrectly. You need to pass an array of types. Please see Debugging in WordPress for more information. (This message was added in version 3.6.1.) in /var/www/wp-includes/functions.php on line 5831 Spring Wild Rice Salad with Asparagus and Strawberries Recipe 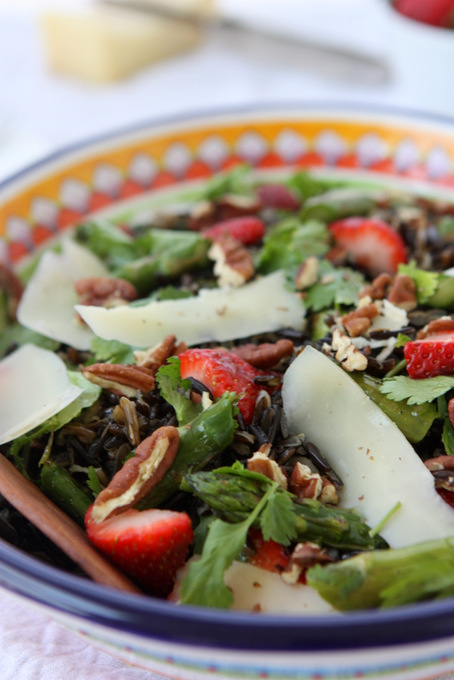 We bought motorcycles. SORRY MOM! Technically they’re scooters, so it’s really not that bad. And we bought brand new helmets! And we’re being extra cautious! And we look entirely ridiculous. After three+ weeks in Vietnam, we were tired of relying on buses who are either too expensive, hot, cold, scary, cramped, early, and/or generally an ordeal. I’ve loved getting to see life on the public Vietnamese busses — just as I did all through central and South America with chickens and pigs and babies and old ladies — but we finally admitted that having independence is worth a LOT to us. We got up really early the other day to catch a bus, then a connecting bus, which was a total ordeal. We went from one bus immediately onto the next (this was at like 8 am, after a few hours on the bus and no breakfast), and then were frustrated to circle the city (returning the our starting point THREE times in the next hour) rather than finding a bathroom and some food! Decision made: moto time! 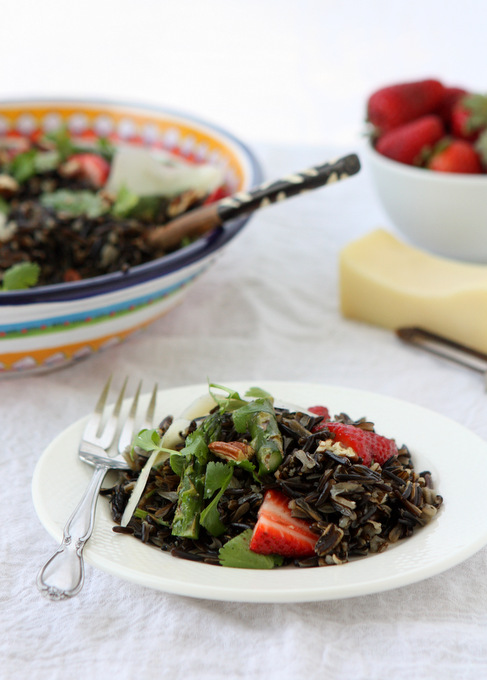 We did a little research and concluded we didn’t need anything fancy, or really even that powerful. We aren’t going up and over any huge mountain passes, and we really don’t have that much (heavy) stuff. We did decide that one moto wouldn’t cut it, so we bought two! I’m pretty confident we’ll be able to sell them in Saigon, or perhaps Cambodia if we’re successful taking them across the border, for more than we paid (or at least the same). Plus, we’ll save on bus tickets (gas is cheaper!) and have the freedom to go where we want, when we want. There is definitely a small (sometimes large) fear-factor, but the driving is really not that bad — you just have to know how everyone else does it and expects you to behave! You might want to steer clear of us when we return to the US and get behind the wheel… It’s a total adjustment! 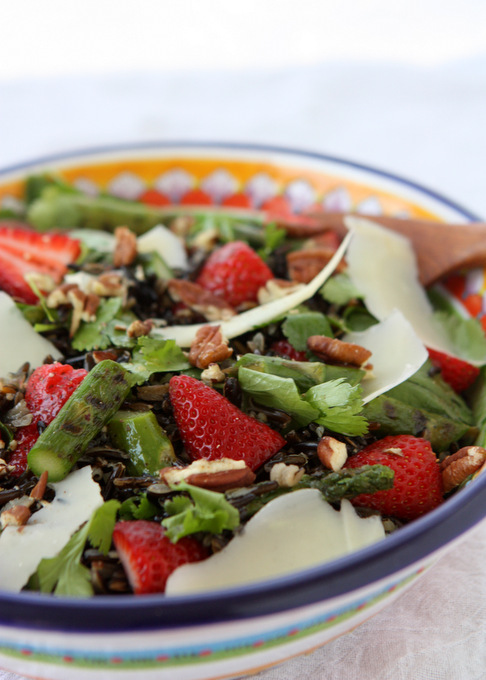 As with everywhere in Vietnam, we’re still getting hoards of schoolchildren swarming us and speaking what little English they know, saying “hello” and asking for our names. We have people grabbing Derek’s chest hair (gently), impressed, and walking up to me with camera-phones snapping away. I wonder (and doubt) if that will change as I slowly (but surely!) get tan. They certainly think it’s funny to see us on a scooter, and I can’t help but think they’re just as terrified as we are since they KNOW tourists aren’t used to the driving. Maybe this is actually a benefit to us, as they don’t zoom around us *quite* as close as they might to a local.

The other thing I’m trying to acquire here is a yoga mat! I was sure I didn’t need one, and didn’t want to schlep one around, but now I’m dying to have one. It’s silly to let something that lies flat on the ground impact my practice (clearly, something to work on) so much, but it is. Beyond wanting a sticky surface to not slip and slide around — because every yoga session in Vietnam is a slippery ordeal — I think I just want a defined space, between the four edges of my mat, to practice. I’ve tried ordering from three different companies — all of whom ship to Vietnam — but one wanted $150 shipping, the other $80, and the other shipped free but was out of stock (or was having a terrible website glitch and wouldn’t let me or the helpdesk submit my order). So I’m back to hunting for a mat! If anyone you know is coming to Central Vietnam SOON, I will pay good money for them to bring me a mat!! 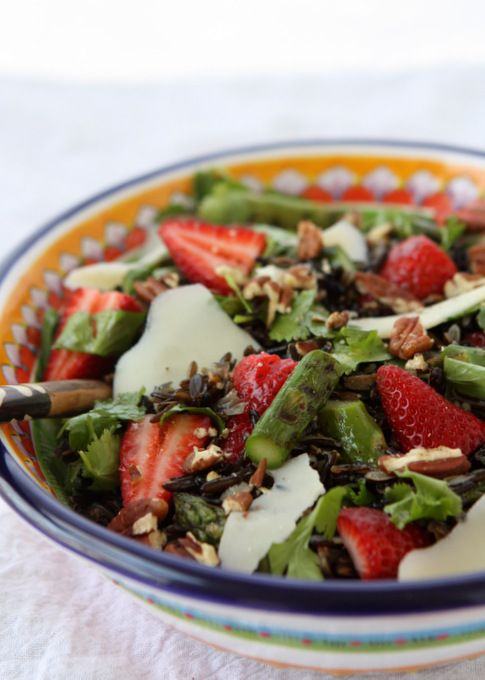 Onto this salad! I’m continuing on the berry theme, today! I hope you didn’t all think I was complaining last week — I’ll miss berry season, but I’m completely 100% beyond happy and thrilled to be eating Vietnamese food every single day! I’ll have the rest of my life to eat berries at home! As we’ve headed a bit further South, the food just keeps getting better! I’m going to have to make a list of things to re-create when I get home!

This salad SCREAMS spring: asparagus and strawberries, plus a light lemony-olive oil dressing make it a real winner. I seriously could not stop shoveling this into my mouth the day I made it. So. Darn. GOOD! I added gruyere, because um why not? I’ll add gruyere to anything. You could use any other hard cheese you want! OR GOAT CHEESE! Always. I think I should have a standing disclaimer on my recipes: This would be delicious with goat cheese! Consider yourself warned.

As for the grain, you could use almost any grain you have lying around! I loved the wild rice, mostly for the texture, but could see this working with bulgur or wheat berries or something with a distinct texture. Let me know what you try! This recipe was inspired by Green Kitchen Stories, who used buckwheat!