Notice: Function add_theme_support( 'html5' ) was called incorrectly. You need to pass an array of types. Please see Debugging in WordPress for more information. (This message was added in version 3.6.1.) in /var/www/wp-includes/functions.php on line 5831 Brown Butter Blueberry Dutch Baby Recipe

YES YES YES! This post makes me super excited because I can’t stop thinking about how. darn. delicious. this recipe was! So good. Seriously. I’m all over it. 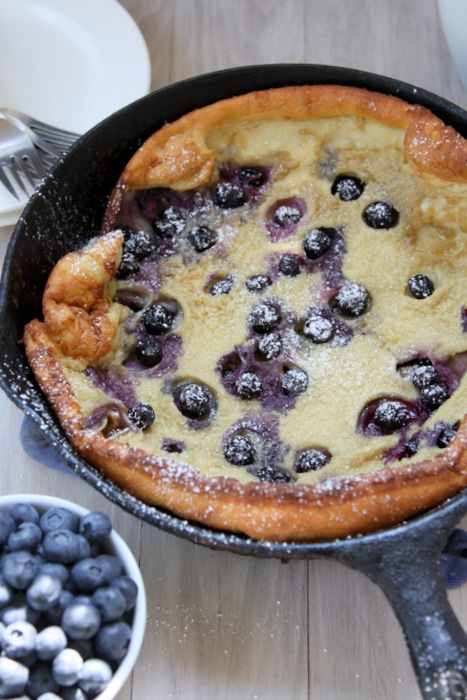 We’ve spent the last week traipsing around the Oregon Coast with my family, which was great fun. The plan was to go do the Rogue River, as the family does every year (usually); however, there are some serious fires going on in Southern Oregon and the river is officially closed. We missed it by just a few days! Darn! The family jokes (or maybe not a joke?) about initiating potential suitors (e.g. DEREK) by taking them on a Rogue trip, so we were excited to have Derek go with the family before the wedding next week. I guess he got lucky! Just look out for next year… 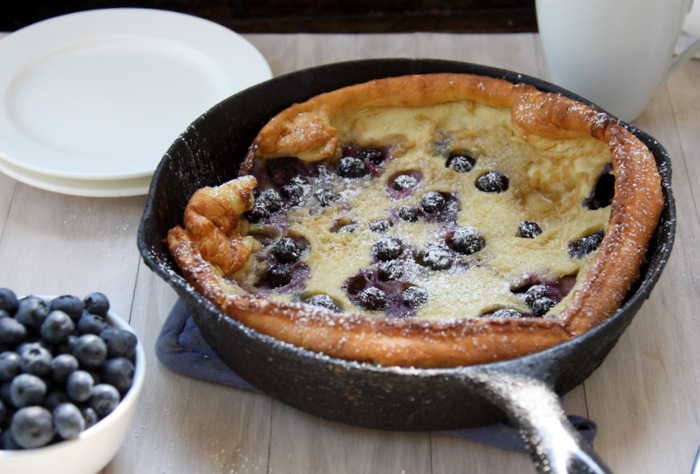 While on the trip, we made sure to eat deliciously. My family always does, and while perhaps I come home feeling like there are rocks in my stomach from eating so much food, I certainly don’t slow down to avoid that feeling. We had delicious salmon (that we helped catch!), baked French toast (which I need to get a recipe for!), ice cream, burgers, pulled pork, tons of delicious cookies, lots of Dutch Bros coffee, and much, much more. 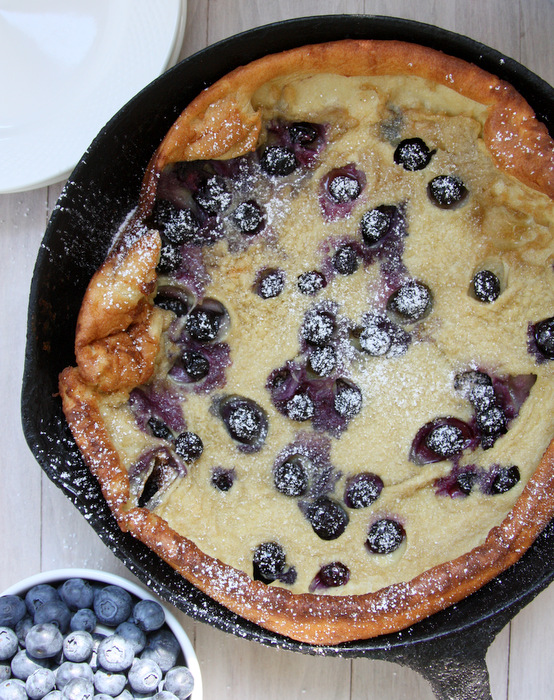 Dutch babies have always been a favorite of mine, which I’m sure I told you when I posted my original dutch baby/german pancake recipe. We went out to breakfast a few times on the trip, and one morning I ordered the Dutch Apple Pancake… oh boy. You know what I’m talking about — multiple inches of hot apples, sugary cinnamon, gooey pancake with crisp, buttery edges. YES. So delicious. I think I could eat one of those every day. Perhaps that will be my next recipe… ooh. 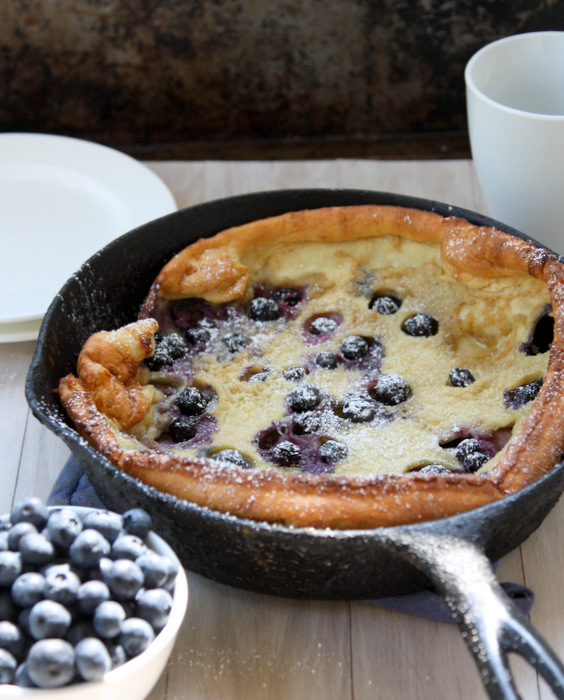 Anywho, I’d been wanting to make a blueberry dutch baby for a while, and then thought “BROWN BUTTER!” Obviously. A favorite. It makes everything better. I chopped up my plain recipe, added some goodies, and off we went! This did not disappoint!