Notice: Function add_theme_support( 'html5' ) was called incorrectly. You need to pass an array of types. Please see Debugging in WordPress for more information. (This message was added in version 3.6.1.) in /var/www/wp-includes/functions.php on line 5831 Fried Mac n' Cheese Bites with Spicy Ranch Recipe 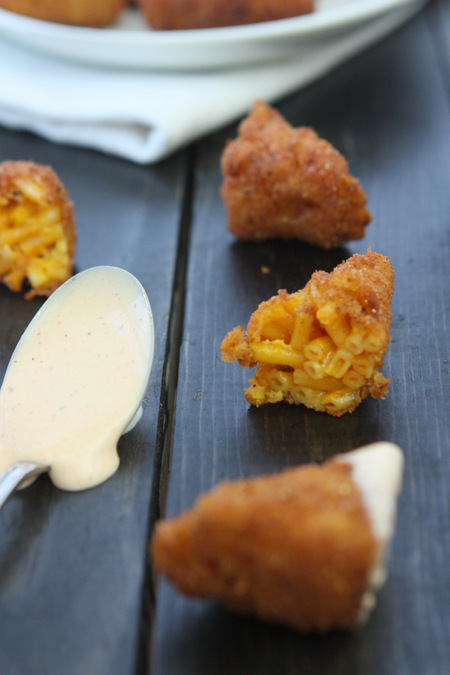 Today I bring you the epitome of health. Ha. Ha. I joke…

I used to go to summer camp in Buena Vista, Colorado. I started going the summer before my 8th grade year, after many years of my parents offering to send me and me declining. Those first two weeks at camp were the best two weeks of my life (at the time), and I immediately regretted not choosing to go to camp earlier! Over the next nine years, I spent every summer — increasing my stays to four, then six, then nine weeks — one full winter and many partial winters, at camp. It. Was. Awesome. 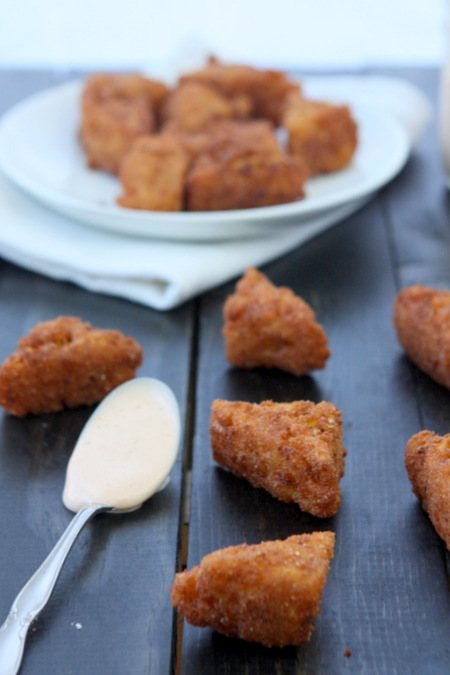 I worked in a variety of capacities, from mountain biking and kayaking instructor, to ranch hand, to camp director, once I was old enough to no longer be a camper. If you have the chance to attend, or work, at a summer camp (or send your kids to do this): do it. I learned so much about everything from house maintenance, interpersonal communication, management skills, etc. that I’m certain are a huge part of who I am today. Thank you summer camp! 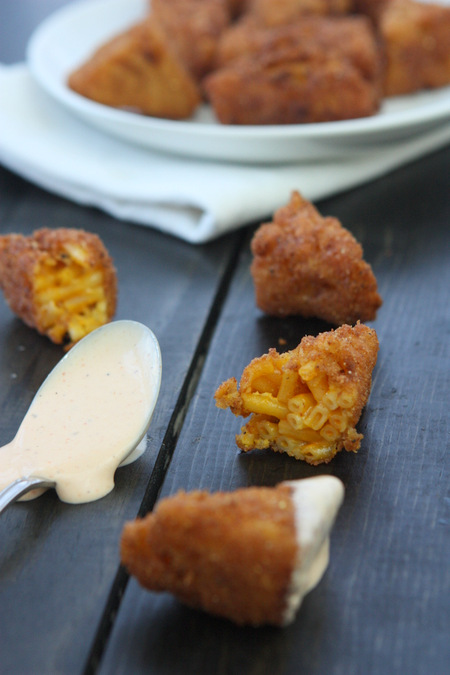 What does this have to do with mac n’ cheese bites, you might ask? Well, if you’ve ever been to Buena Vista, there is a high likelihood that you also went to K’s. K’s Dairy Delite (yes, delite) is on the main strip of town, and serves all sorts of ice cream (cones, shakes, malts, etc.) and deliciously bad-for-you food, all from a tiny little window right next to a wonderfully grassy park. As campers we would sometimes go once every few weeks, once we were old enough, for an ice cream or maybe even a burger and fries. As staff, it was inevitable to end up at K’s on a day off, along with nearly everyone else who has a day off. 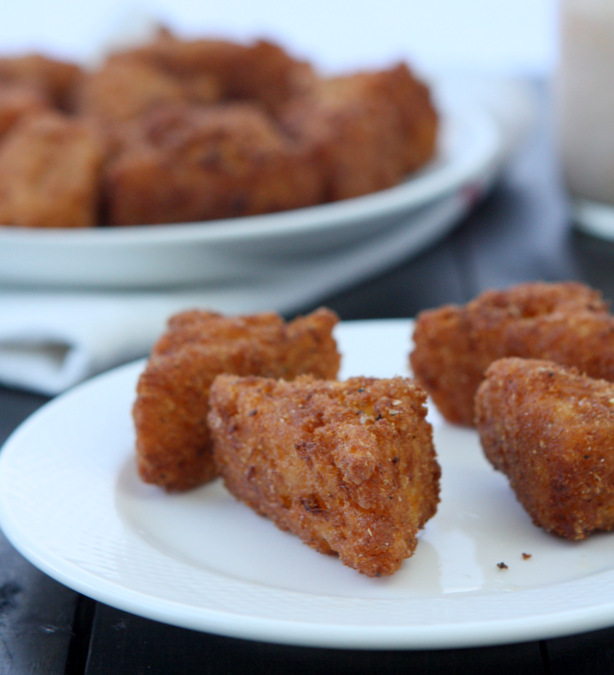 Last summer, when Derek was in Buena Vista for a weekend with his friends, he actually ran into my friends who work full-time at camp while stopping at K’s! You HAVE to stop at K’s. You can’t NOT stop at K’s. Back to mac n’ cheese bites: K’s is the first place I ever hear of mac n’ cheese bites. I’d seen them on the menu for years, but never actually ordered them until a friend let me try one of his. O.M.G. Who was the genius that thought to take one of the best comfort foods EVER and deep fry it? Let me marry them. 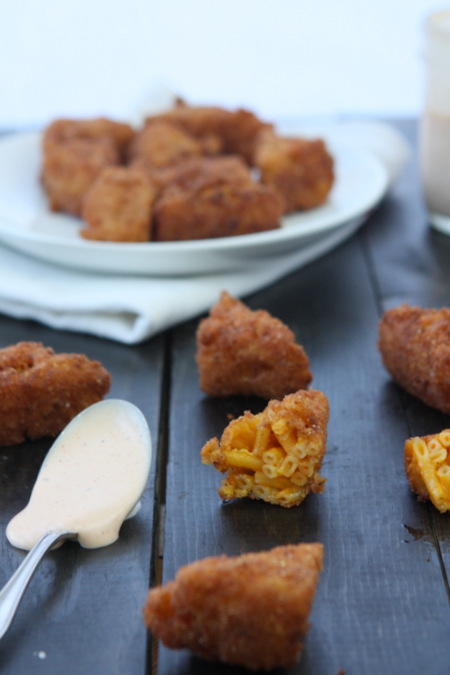 I’ve been thinking about making fried mac n’ cheese for months now, and with the (embarrassing) frequency with which I eat mac n’ cheese from a box… you’d think it would’ve happened already! Well, I finally did it. Frying always intimidates me, but as a whole this recipes was ridiculously easy! I made two boxes of Annie’s, with the classic tube shape, but you could make a homemade mac n’ cheese and I think it would work perfectly. The hard part is not eating it before you bread and fry it…