Notice: Function add_theme_support( 'html5' ) was called incorrectly. You need to pass an array of types. Please see Debugging in WordPress for more information. (This message was added in version 3.6.1.) in /var/www/wp-includes/functions.php on line 5831 Whole Wheat Cinnamon Apple Oatmeal Pancakes Recipe 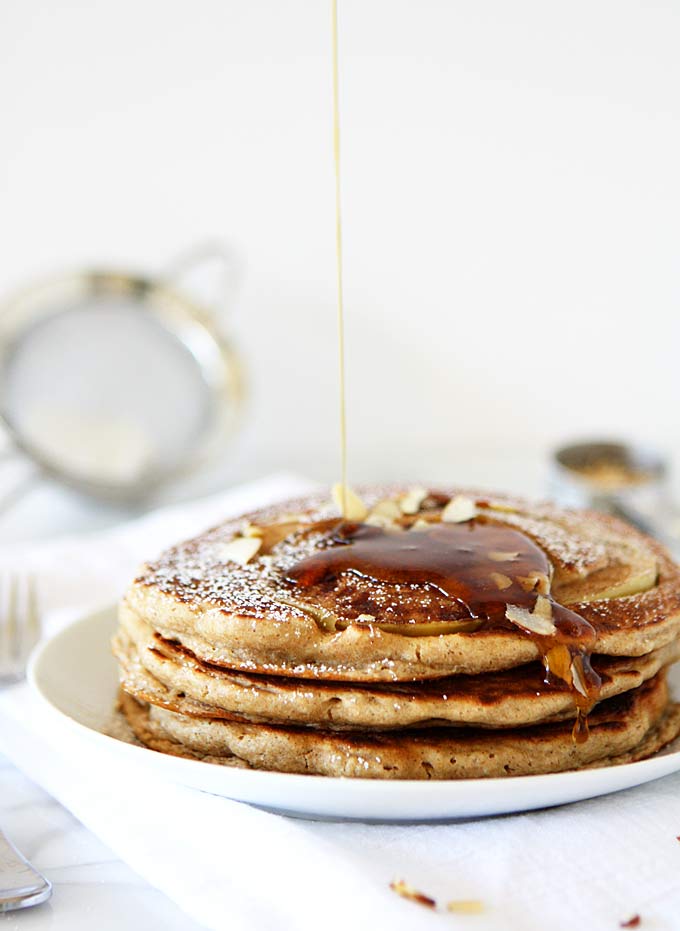 Good morning NOVEMBER! Seriously, where the heck did October go? I guess moving halfway around the globe makes time a little wonky — it actually feels like August was yesterday. All of you back home are probably SO happy that Halloween is followed by a weekend pregnant with an extra hour! SLEEP! GET SOME! I had fun seeing everyone dressed up via instagram — y’all looked good! I’m impressed. Ideas noted for the future… 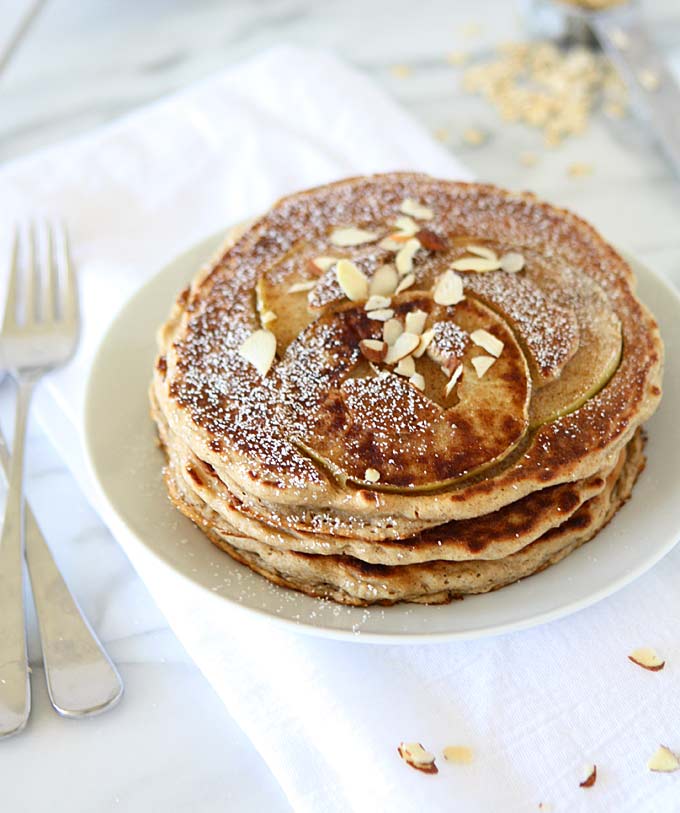 Now that you’re recovering from your sugar-binge, among other things, you’re gonna need a hearty breakfast. Let me introduce you to the ultimate fall, filling, beautiful, whole grain breakfast: whole wheat cinnamon apple oatmeal pancakes! Aaaah LOVE! I’d been wanting to make some fall-ish pancakes with oatmeal (well, oat flour — just grind up some oat meal) when Pinch of Yum posted these. Um, gorgeous. I was super impressed, and decided to attempt a technique replication with my own recipe. Lemme just say, they’re “the big guys” for a reason… Seriously, how are Lindsay’s pancakes so beautiful!? Go drool over there. Then come back and gimme a pat on the back. A+ for effort? 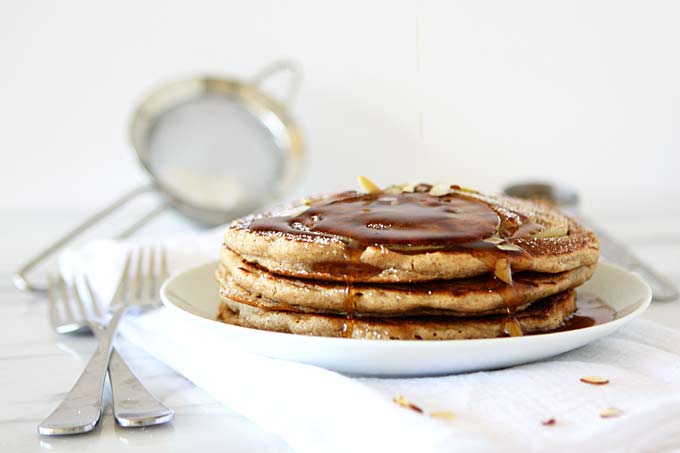 The thing about these pancakes is that they are really truly hearty. The ground oatmeal makes them dense — these aren’t light fluffy pancakes — and there is a surprising amount of apple in each of these. If you normally eat a stack of 5, I bet you’ll be done after 2 of these! Maybe I should re-name these “bang for your buck” pancakes… not quite as descriptive though, is it? Not at all. I’ve yet to have a pancake here in Bali, but I have grand plans (and bought some flour!) — so look out! Considering we don’t have an oven (!!), pancakes are the closest thing to a baked good we’re gonna have around here for a while! With moothie Monday and an abundance of pancakes, we might just turn TKP into a breakfast blog! I do love breakfast! 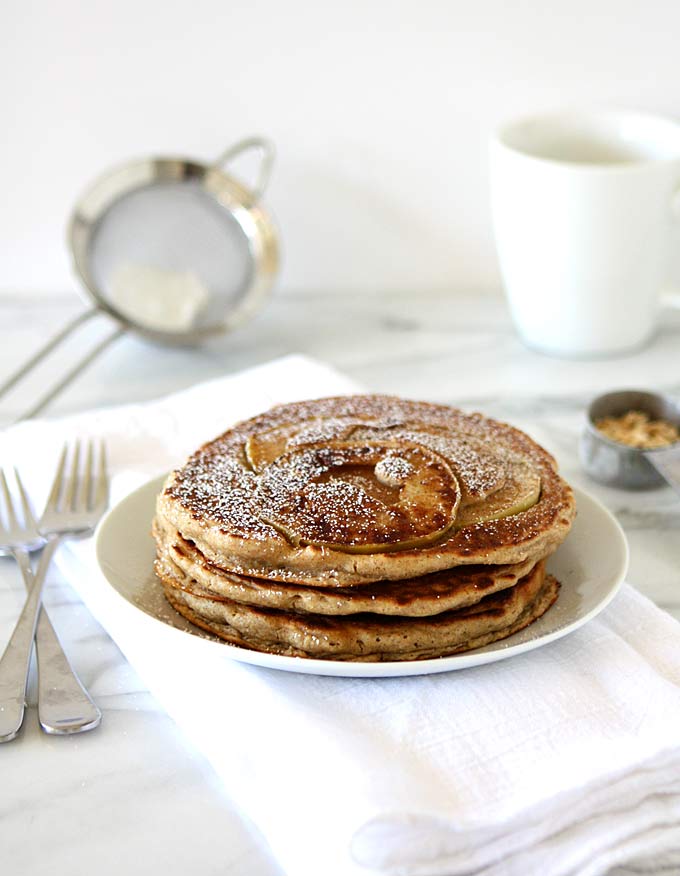 Have a wonderful weekend! Eat a million Reese’s for me! And Twix! And Rolos! AND ALL THE CANDIES!