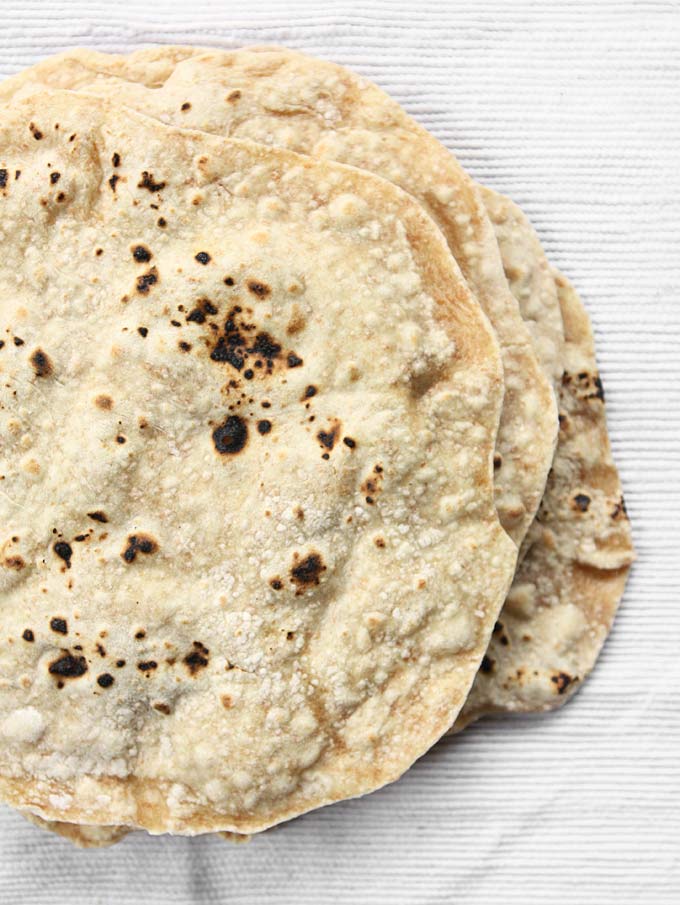 PHULKA! Have you hear of it? It’s my new fave Indian vehicle for butter chicken. YU-UM. Should we tell naan it’s been replaced? Naaaah(n).

Phulka is a whole wheat indian flat bread that literally had me screaming in the kitchen because it was LIKE A MAGIC SHOW to make! I’m so easily impressed. I only had spelt flour, so I used 100% spelt and these were incredible! They’re soft, a little bit charred, perfect for wrapping up flavorful veggies (or butter chicken) in little burrito — or just using it like naan to scoop straight into the mouth. Like I said: VEHICLE. I’m trying to think of a real vehicle to compare it to, but am drawing blanks. The only vehicles in my head these days are scooters! 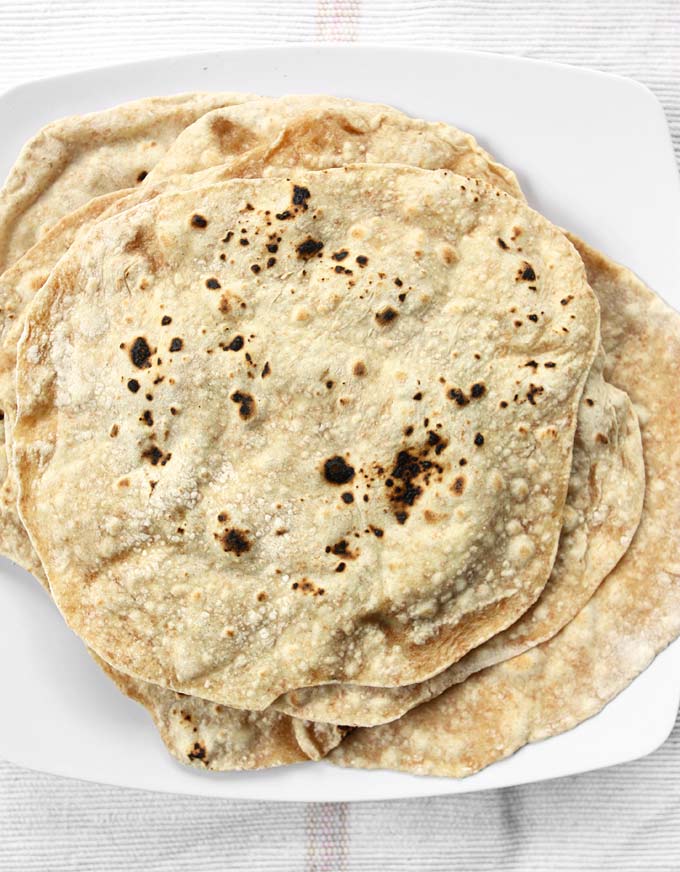 The magical part about making these is that after cooking one on both sides in the pan, you take it OUT of the pan and set it on the stove. I literally set it on my gas burner. It will then PUFF UP LIKE A MAGICAL CLOUD and the underside gets browned and beautiful and you’re going to want to eat it immediately. Word of caution: don’t do that. MOUTH BURN. Avoid it at all costs (seriously, mouth burn is the worst).

I really do prefer these to naan because I think the texture is better! And, they’re debatably easier to make. You’ll have to try both and let me know what you think — I’m pretty on the fence. Either way: these are fabulous! Also, I’m just now realizing that they’re very similar to delicious flour tortillas, and YOU KNOW how I feel about flour tortillas. #OBSESSED. Really though, they’re super easy to throw together and we all know that whole wheat anything is basically like eating a salad (hehe) so… go for it!

And don’t worry — I have something delicious coming up Thursday to stuff into these yummies!

If you want a lot more instruction on how to make these, along with a video (which may help with the stove puffing part), look here!

If you need help on the method here, check out this post with great instructions.