Just so we're all clear, there are no oranges in this soup. Orange tomatoes. Hopefully my comma-usage in the title steered you in the right direction. 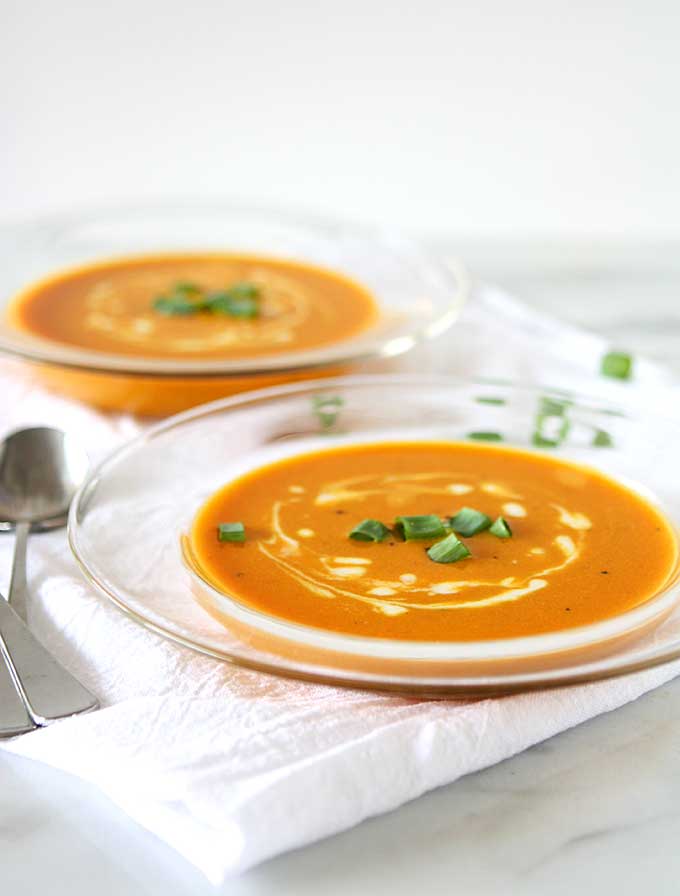 Currently, I'm bopping around to the new{not-so-new} Taylor Swift song. Have you heard it? Shake it off? I'm months behind the curve here, but we were so out of it in Asia {when it comes to American pop culture} that I finally listened to it a few weeks ago... fully intending to not enjoy it and never listen again. I do this with pretty much all Taylor Swift songs, even though I know that I absolutely am not ashamed of loving many of her hits. OK maybe a little ashamed, but I'm working on getting over it. Girl is catchy!! 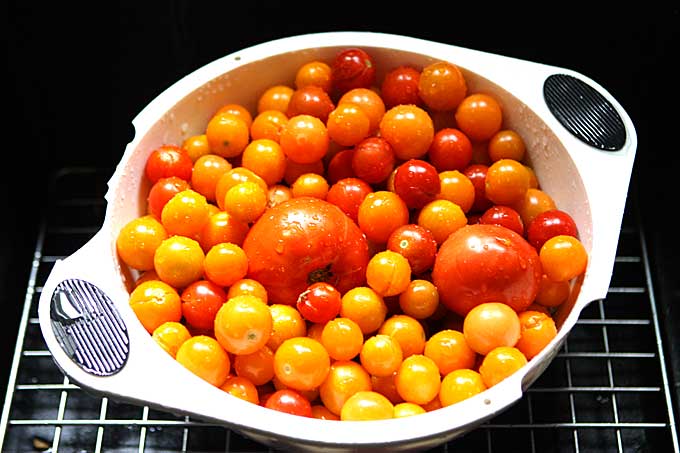 Anyways. Her new song, of which I LOVE the message {and the video! Oh my goodness! Can we be dorks together?}, has mostly lines rhyming with shake/take/break. There is one line, though, that I'm pretty confused about. I was SURE it said "Bakers gonna bake bake bake bake bake" and I was like "heck yah, taylor!" because HECK YAH, TAYLOR! Bakers gonna bake! I love that. Then ... I listened more closely. I'm still holding out hope, and refusing to Google for any sort of definitive answer, but I'm *pretty* sure she actually says "fakers gonna fake fake fake fake fake." UGH. Ruined it. OK not really because I still dance around like a lunatic and internalize the shake-it-off-ness of it all. But seriously: bakers gonna bake would have been PERFECT RIGHT THERE. Boo. 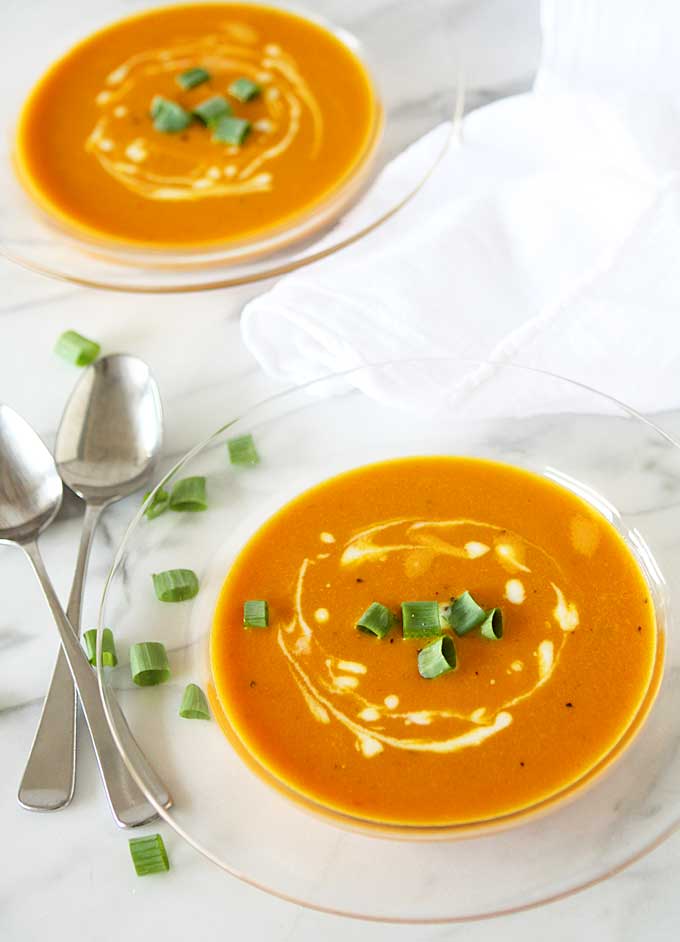 In that vein, I'm boycotting baking for todays post. {Um, yeah not really. Bakers gonna bake!} Last weekend I was happy to come home with a bunch of goodies from IFBC, but especially excited to come home with some stuff from Nutiva! I've been using coconut oil for ages now, but had never even heard of red palm oil. Red palm oil is heralded as an alternative to coconut oil, with various additional health benefits, and is great for sautéing veggies to go into a soup! Plus, it's bright orange! One of the great things about Nutiva, too, is that they don't import their oil from Malaysia, where most of it is made in destructive methods — harming orangutans and furthering deforestation. Nutiva gets the palm oil from Ecuador, where they are not hurting animals and contributing to deforestation — win win! You can find Nutiva palm oil on their site here, as well as their other wonderful products! 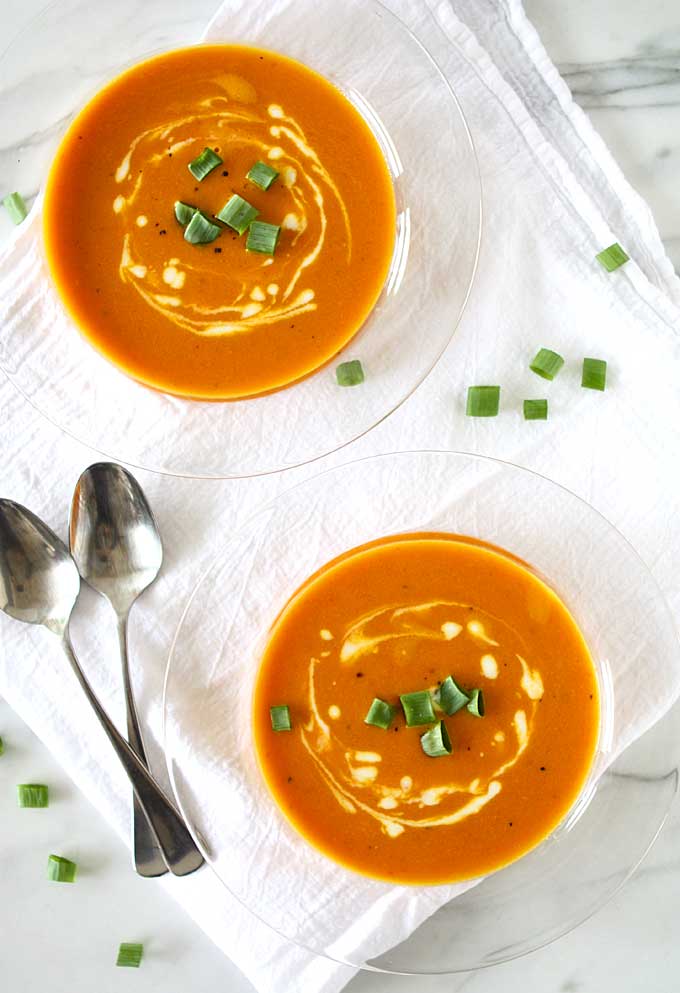 If you don't have red palm oil for this recipe, you can use whatever oil you're most comfortable with — coconut, olive, butter, etc. That said, I do recommend you try out red palm oil! I hear it's great on popcorn! 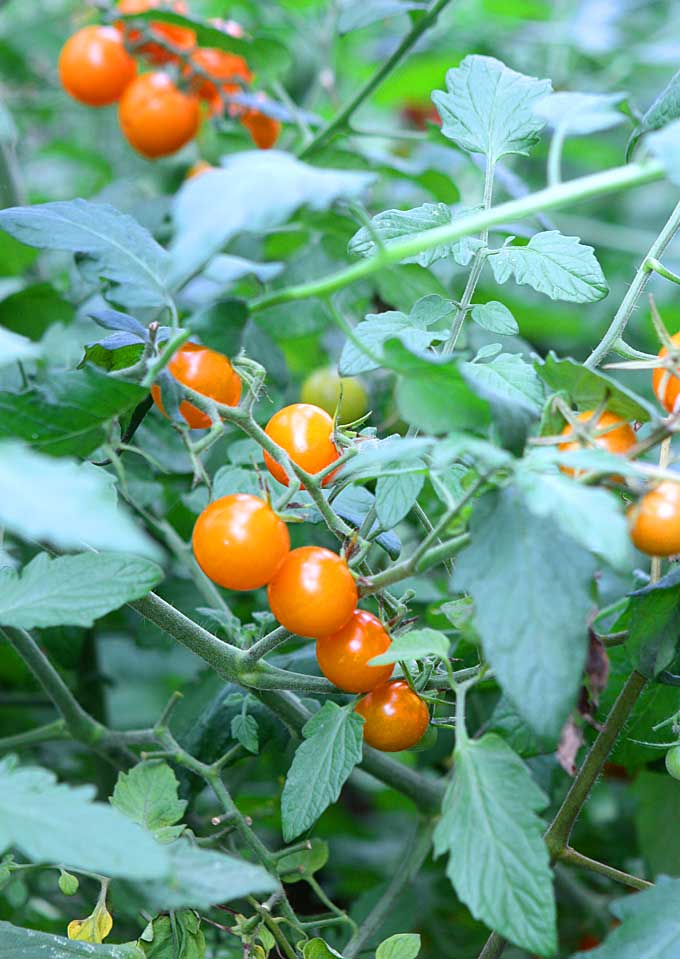 This soup is super simple to throw together. It's WAY orange from the orange tomatoes and turmeric {and red palm oil!}, and packs a nutritional punch like WHOA. Our orange tomatoes, which are still growing in abudance, are fairly sweet. I used some of them in my salsa last week for an extra sweet dip! The turmeric, an orange cousin to ginger root, gives a distinct tang that you might not place if you didn't know what it was. Once you know, you know! I roasted half of my tomatoes for a more fiery taste — you could skip this, or roast them all, if you want! Last but certainly not least, the coconut milk. Smooth and rich coconut milk boosts this soup into a more luxurious category — and tricks your husband into thinking he's having a fatty meal. It certainly keeps you full longer, and lends a more exotic quality to a mostly-traditional tomato soup. Enjoy! 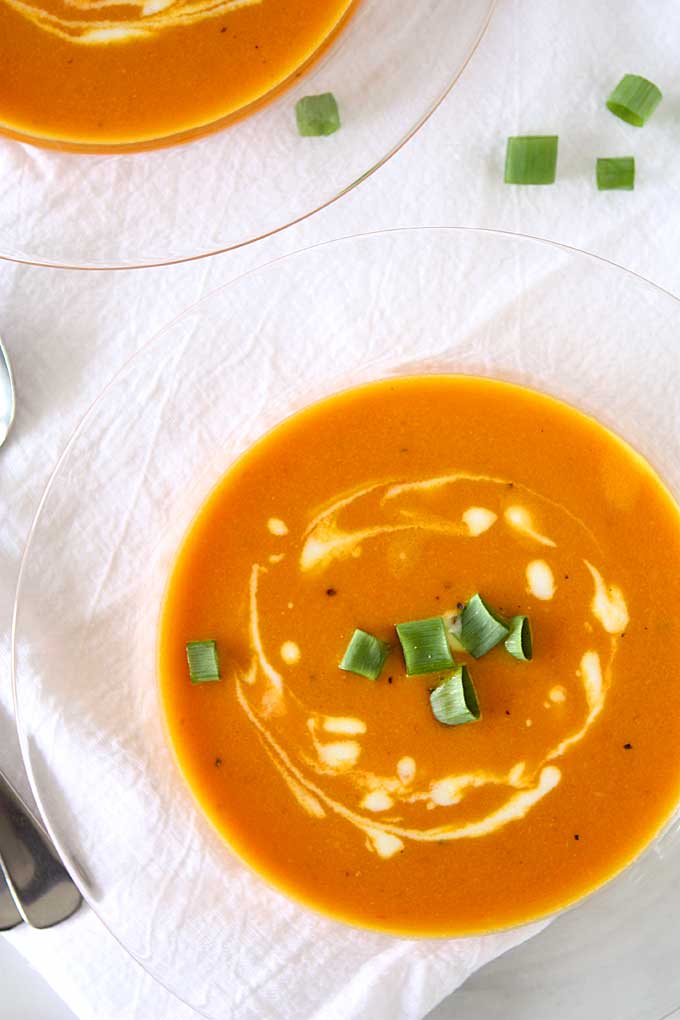 « Blogging Tips: How + Why to use {target="_blank"} for all links
#DroolWorthy »